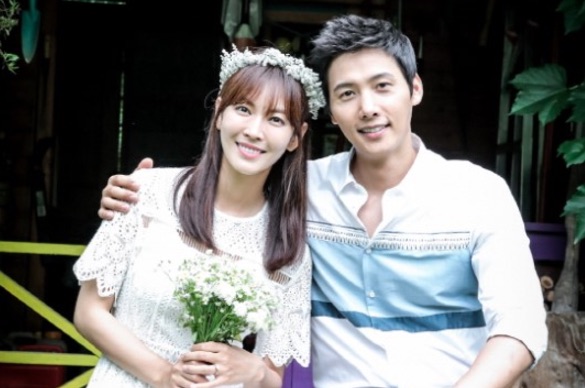 Lee Sang Woo And Kim So Yeon To Tie The Knot

Actors Lee Sang Woo and Kim So Yeon have announced marriage after six months of dating!

On March 28, the couple’s respective agencies HM Entertainment and Namoo Actors released a joint statement saying, “The two have decided to get married.”

The statement continued, “They first met through their drama ‘Happy Home’ as colleagues and entered a serious relationship as they supported and cheered each other on. Through their love and trust for each other, they have now promised to be each other’s lifelong companions.”

Lee Sang Woo and Kim So Yeon plan to hold their wedding in June, and further details will be made known after they decide on a concrete schedule.

In August 2016, the two actors revealed that their heart-wrenching love story in MBC’s “Happy Home” blossomed into a happy relationship in real life. Their performance in the drama also earned them male and female High Excellence Awards in the Serial Drama category at the 2016 MBC Drama Awards.

Recently, the couple received many messages of support for their love when Kim So Yeon shared a selfie with Lee Sang Woo on her Instagram from the shooting of clothing brand “All For You,” which they both model for.

Being at marriageable age and having the same occupation, the two share many things in common, so a serious and committed relationship seemed likely for them from the beginning.

Since her 1994 debut, Kim So Yeon has built a rich repertoire of dramas including “All About Eve,” “IRIS,” “Prosecutor Princess,” and “I Need Romance 3.”

Lee Sang Woo debuted in 2005 and has worked on dramas such as “Feast of the Gods,” “Goddess of Marriage,” “A Word From Warm Heart,” “All About My Mom,” and many more.