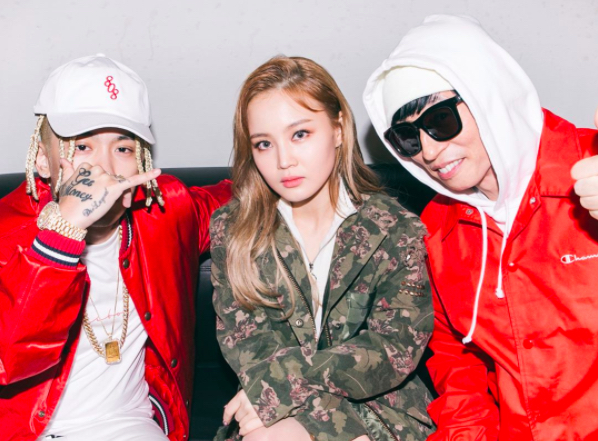 On this day, Dok2 began to sing “Like,” which was a collaboration song with Yoo Jae Suk and Lee Hi for “Infinite Challenge” last December. All of a sudden, Yoo Jae Suk and Lee Hi made a surprise appearance on stage, and the audience went wild. It was revealed that they made time especially for Dok2 despite their busy schedules.

Dok2 shared two pictures of the three of them, saying, “Dok2 X Hi X Homie.” Yoo Jae Suk was dressed in a red sweater to match with Dok2, and the two of them looked like a team once again.

Meanwhile, the crowd was impressed by how much Yoo Jae Suk’s rapping skills had improved since the “Infinite Challenge” broadcast.

Yoo Jae Suk
Lee Hi
Dok2
How does this article make you feel?