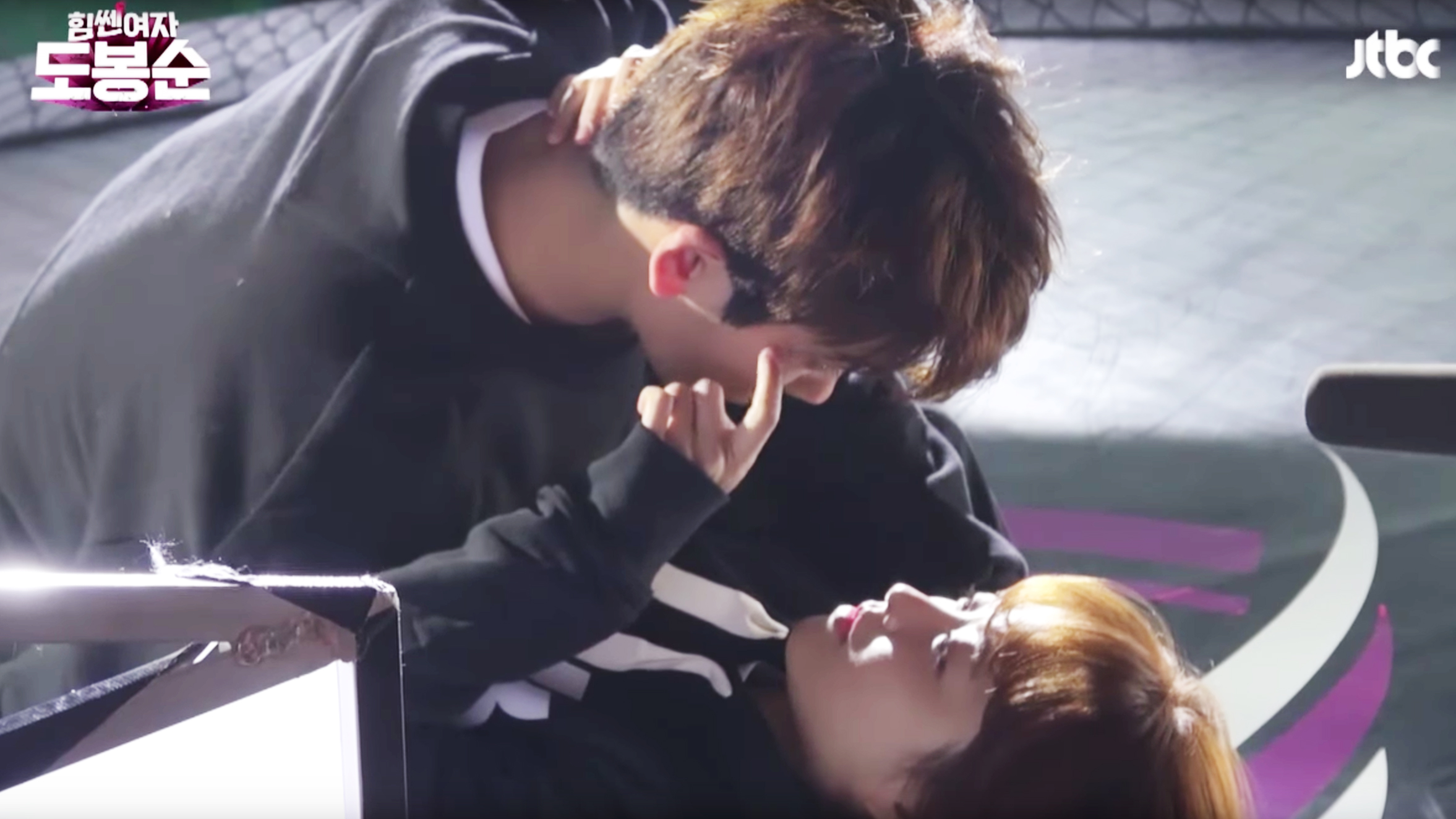 Watch: Park Hyung Sik And Park Bo Young Get All Tuckered Out While Filming Fight Scene

The two actors can be seen attempting to quickly learn and pull off the difficult stunt moves for their scene. The two try their hardest not to hurt each other but there are inevitably small incidents, like when Park Bo Young kicks Park Hyung Sik’s head accidentally, which the two breeze over laughingly like professionals.

Although it’s clear that the two are exhausted from the physical exertion, Park Bo Young and Park Hyung Sik continue to have fun and display their impeccable chemistry.

Things get a little bit more heated in the second making video, as it reveals the behind-the-scenes of the almost-kiss scene between the two characters. Their good-natured affection for one another is evident as Park Bo Young carefully arranges Park Hyung Sik’s hair before a take while Park Hyung Sik helps Park Bo Young up after the take.

Meanwhile, it has been confirmed that Park Hyung Sik may be partaking in the OST for “Strong Woman Do Bong Soon.” Plus, the latest episode of the JTBC drama brought in its highest viewer rating yet, which speaks to the drama’s impressive popularity.

Watch the two behind-the-scenes videos below!

If you haven’t yet, you can start watching “Strong Woman Do Bong Soon” below!