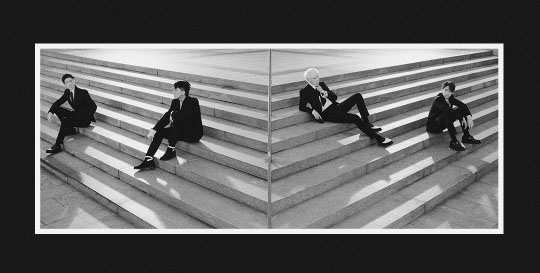 With WINNER’s highly anticipated comeback only a few days away, the teasers keep rolling in! 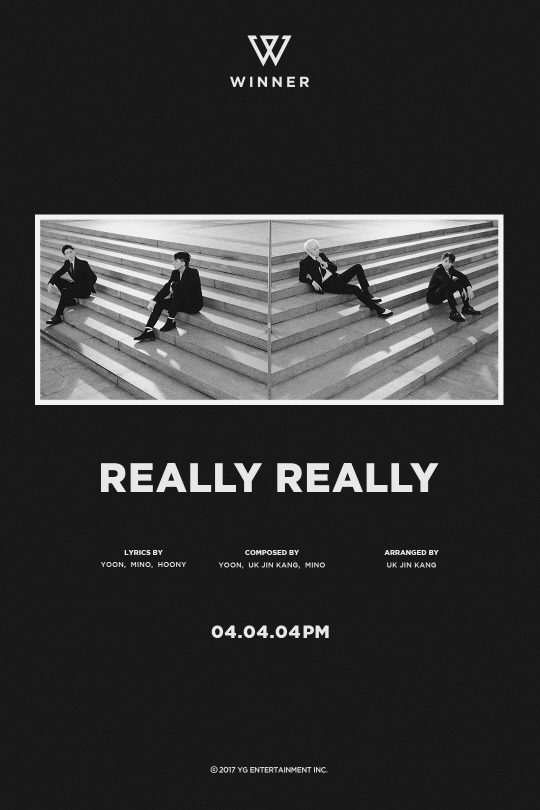 According to the poster, the lyrics for “REALLY REALLY” were written by Yoon, Mino, and Hoony, the aliases of WINNER members Kang Seung Yoon, Song Mino, and Lee Seung Hoon, respectively. The production team is rounded out by YG composer Uk Jin Kang, who previously worked on a number of popular YG albums, including G-Dragon’s “Coup D’Etat.”

WINNER will be officially making their comeback on April 4 at 4 p.m KST. The guys are also scheduled to perform their first comeback stage through MBC’s “Music Core,” where they will be appearing for the very first time.