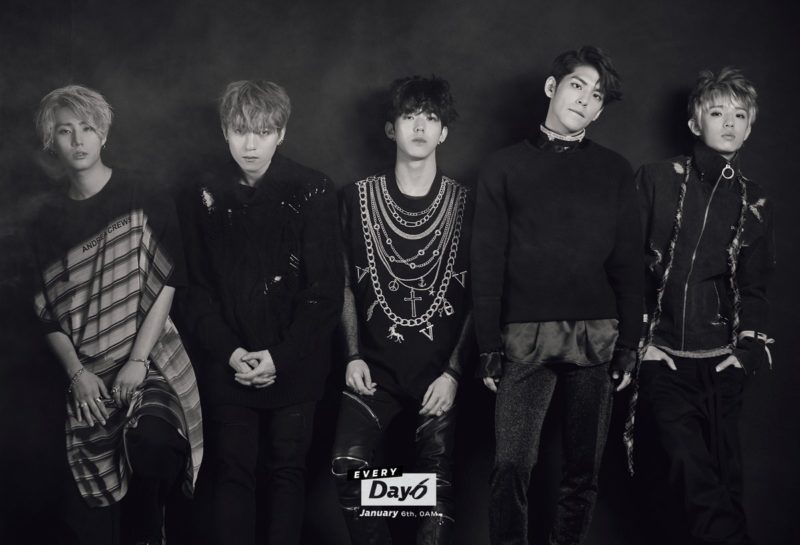 DAY6 Talks About Their Busy Schedules And Upcoming April Release

With April only a days away, DAY6 is getting fans excited by talking about their next release for their monthly music project.

On March 28, the five members participated in a V Live broadcast, where they updated fans on the upcoming release. “We’ve been really busy recently,” Sungjin began. “Everyone needs to take good care of their health.”

Dowoon added that while the group has not had a lot of time recently, they still take time out to practice. “Today, ahead of the concert, we met up to get ready to share our new song for the first time,” he commented.

“Our performances are coming up fast. The March performances were really fun, and I can’t wait for the April ones either,” Sungjin said.

The boys added that they are extremely excited for the release of their new single in April, and that fans should anticipate the B-sides as well.

Starting with “I Wait” in January, the members of Day6 have been self-composing and releasing a new single album each month.