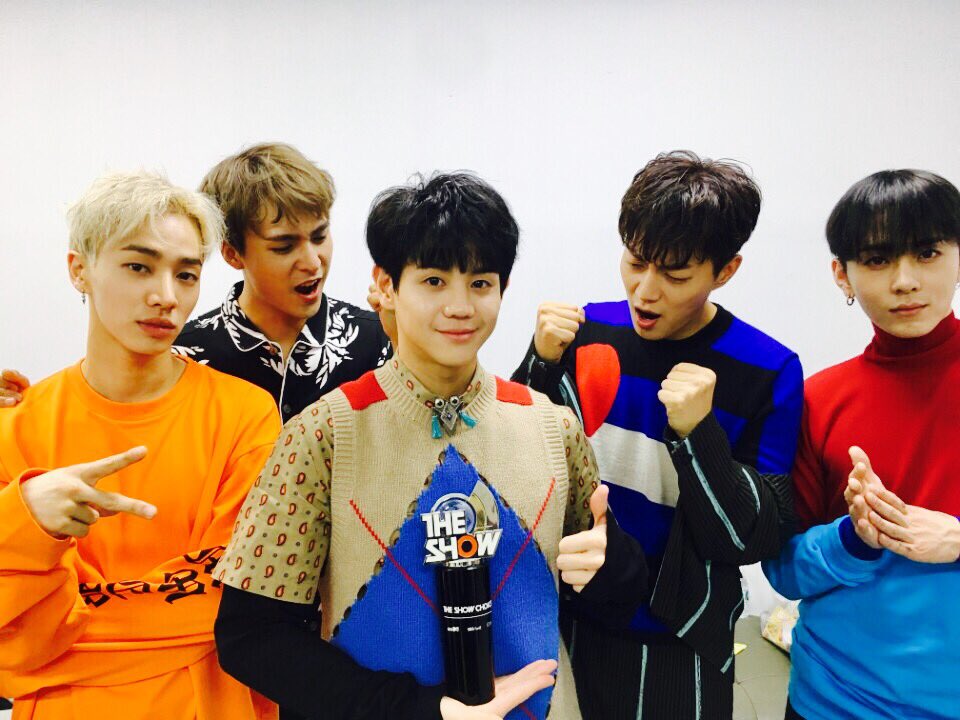 Watch: Highlight Grabs 1st Ever Win Under New Name On “The Show,” Performances By GOT7, GFRIEND, CNBLUE, And More

Highlight (formerly known as BEAST) has taken their first win for their “debut” track entitled “Plz Don’t Be Sad”!

Highlight was up against GOT7 and GFRIEND for the win on March 28’s episode of “The Show.” Highlight took the first place spot with a total score of 8,536, with GOT7 coming in second with 7,557 and GFRIEND taking third with a score of 6,297.

Unfortunately Highlight wasn’t able to take part in the ending of the show. However, its official Twitter shared a picture after the broadcast that shows the guys with their trophy!

This is a big day for Highlight, as they have now won their first trophy after leaving Cube Entertainment and starting their own independent agency, as well as making the decision not to pursue a legal battle with Cube Entertainment over the use of their former name BEAST.

In addition, Girl’s Day made their first comeback performances on this week’s episode of “The Show.” Check them out below!

Other performances this week were by B.I.G, BIGFLO, B-Side, CNBLUE, GFRIEND, GOT7, gugudan, LipBubble, MVP, Romeo, Seven O’Clock, and VICTON.

GOT7
GFRIEND
gugudan
VICTON
Romeo
The Show
CNBLUE
Girl's Day
Highlight
How does this article make you feel?