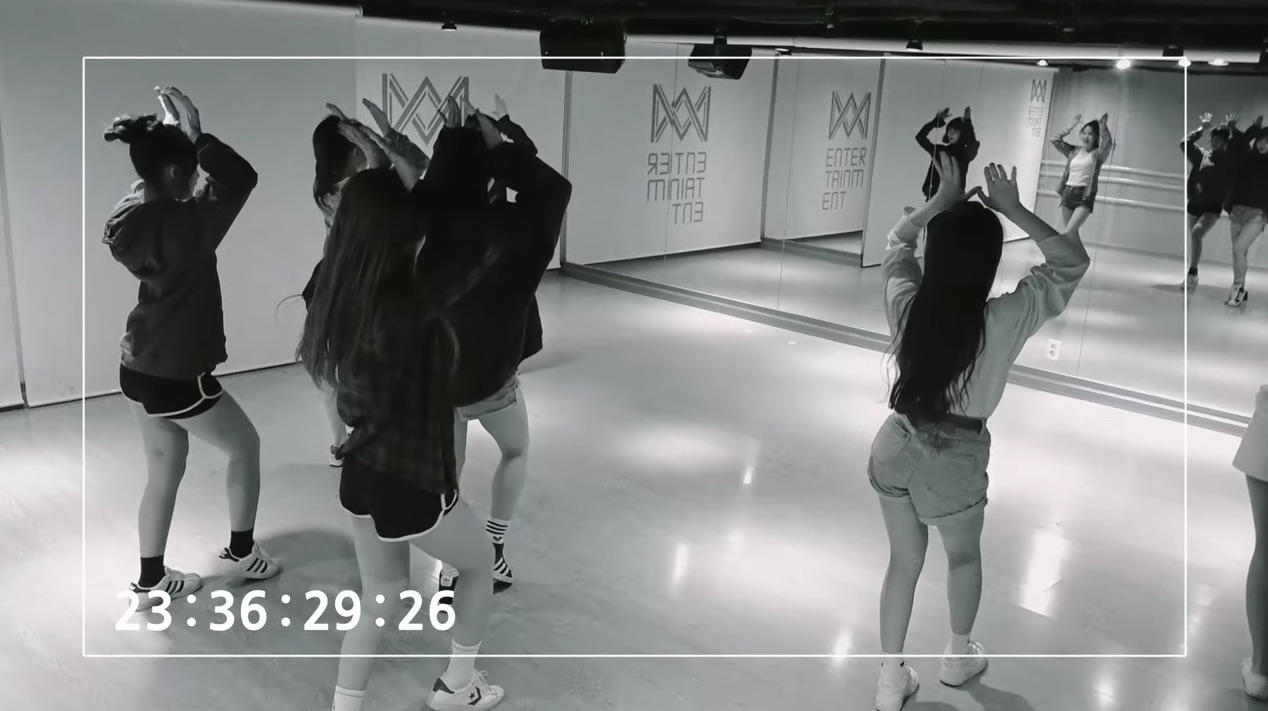 With the release of the “Coloring Book” music video coming up in less than a day, Oh My Girl has given fans a final preview of the title track in an interesting way.

Formatted like footage from a CCTV camera, the video shows the members of Oh My Girl practicing the choreography of their title track. Though you can hear the members speaking to each other occasionally, most of the footage has no audio as to not give too much away about the song.

Take a look at the video of Oh My Girl’s rehearsal for “Coloring Book” and let us know if you’re excited for the upcoming music video!

Oh My Girl is bringing a splash of color to their latest MV teaser.

On April 2, the group uploaded the second teaser video for “Coloring Book” and it seems to follow where the first left off with a broken egg. The egg sets everything into motion and the girls are swept up in a bright array of colors as they throw paint everywhere. There’s also a snippet of the song, giving fans a preview of what they can expect.

Check out the video and let us know what you think!

Oh My Girl has revealed the first look at their new MV!

On March 29 at midnight KST, the group shared a teaser video for their new music video “Coloring Book” off their upcoming mini album. The teaser features the members all in white in a completely white kitchen that’s flying around in the clouds.

Oh My Girl is shown as they cook with all-white ingredients, but when one egg rolls off the counter and breaks, it’s pink and green inside – hinting at a burst of color to come that will fit with their song title!

Oh My Girl’s “Coloring Book” will be released on April 3. You can check out their teaser photos here!