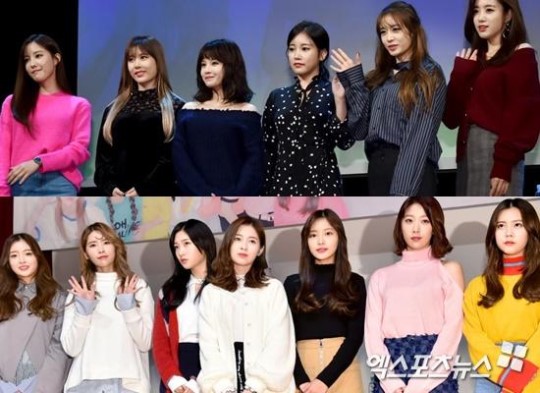 After DIA was reported to be writing a song for their MBK labelmate T-ara’s album, the agency has given their final verdict on the issue.

The song was to be written and produced by the girls of DIA themselves and reportedly titled “20090729,” to be included on T-ara’s upcoming May album. The title of the song comes from T-ara’s debut date, July 29, 2009.

On March 28, a source from MBK Entertainment stated, “We were under positive discussions for DIA to gift T-ara a self-composed song, but recently we decided against it.”

The source continued, “A song titled ‘20090729’ will be included on the album, but T-ara will be writing the lyrics about their own experiences. DIA will team up with another producer to produce the song.”

Some T-ara fans had reacted negatively to the report about DIA’s self-composition considering that this is likely T-ara’s last album together. The source said, “T-ara appreciates the thought behind DIA’s intentions. However, since DIA could be hurt by some of the negative feedback, T-ara decided to take on the lyrics themselves.”

T-ara will make their comeback in May. Boram and Soyeon’s contracts with MBK ends on May 15 while Qri, Eunjung, Hyomin, and Jiyeon have extended their contracts until December of this year.

Meanwhile, DIA is also planning for a comeback next month with self-composed songs and recently completed shooting their album jacket cover and music video in Japan.

DIA
T-ara
XPN
How does this article make you feel?