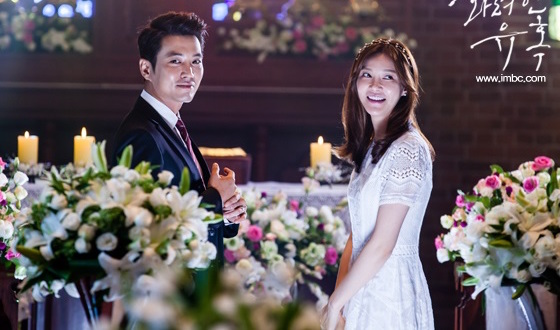 Looks like wedding bells are ringing for another celebrity couple!

On March 29, sources of both Joo Sang Wook and Cha Ye Ryun’s agencies stated, “The two will marry in May. However, an exact date has not yet been decided.”

While they initially denied reports of a March marriage back in February, it appears that the news was not completely baseless. Additionally, Cha Ye Ryun had coincidentally caught the bouquet at Bada’s wedding, which just took place on March 23.

Joo Sang Wook and Cha Ye Ryun will be marrying after approximately a year since “Glamorous Temptation” ended, which is where they met. They have been publicly dating since March 2016, right after the drama finished.