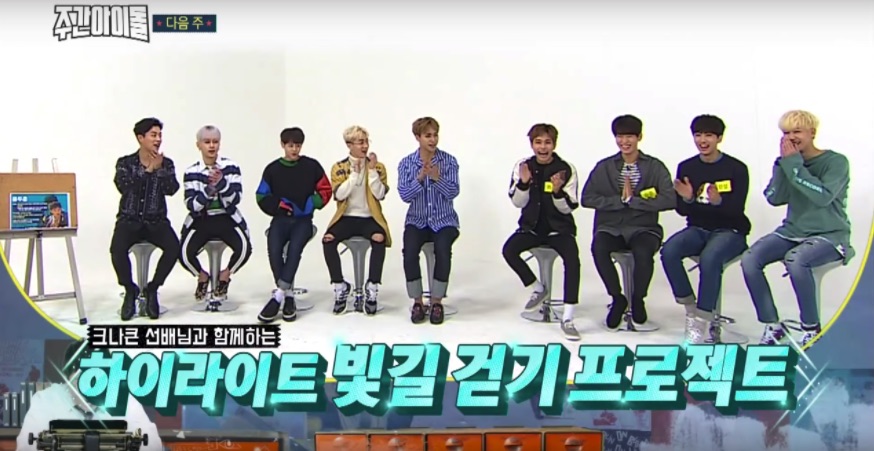 Last week, Highlight guested on MBC Every1’s “Weekly Idol” and displayed their skills as entertainers in the hilarious episode. Their appearance will continue into this week’s episode of the variety program, in which they will be joined by KNK, who will teach them how to be successful rookies.

Despite the fact that KNK appears on the show as seniors to the “rookie” group, KNK seems very nervous, which causes laughter on set. 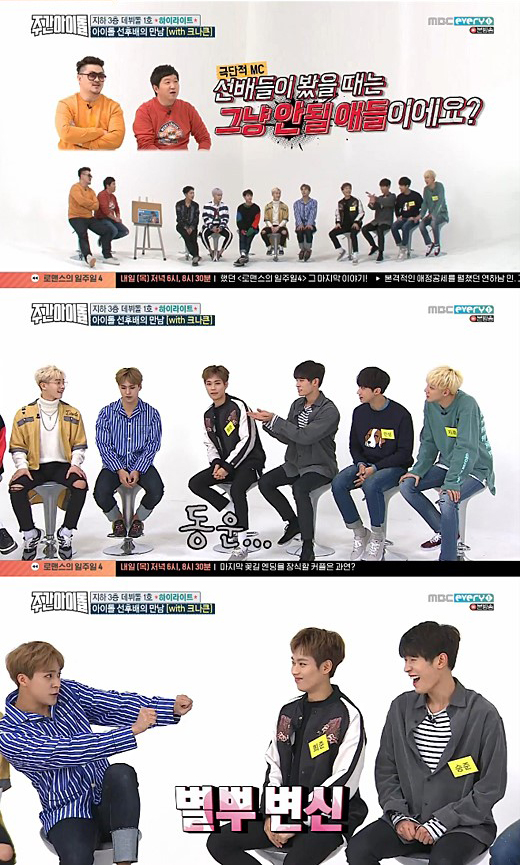 When asked by the MCs who they believe will be the most successful in Highlight, KNK hesitated to respond at first but, in the end, picked Yang Yoseob. The group explained, “He sings exceptionally well. He seems like he would do well in musicals.” The KNK members also picked Yoon Doo Joon and said, “Based on his physique, he seems like he would like soccer,” which garnered laughs on set.

Highlight’s episode of “Weekly Idol” with KNK will air on March 29.

KNK
Weekly Idol
Highlight
How does this article make you feel?