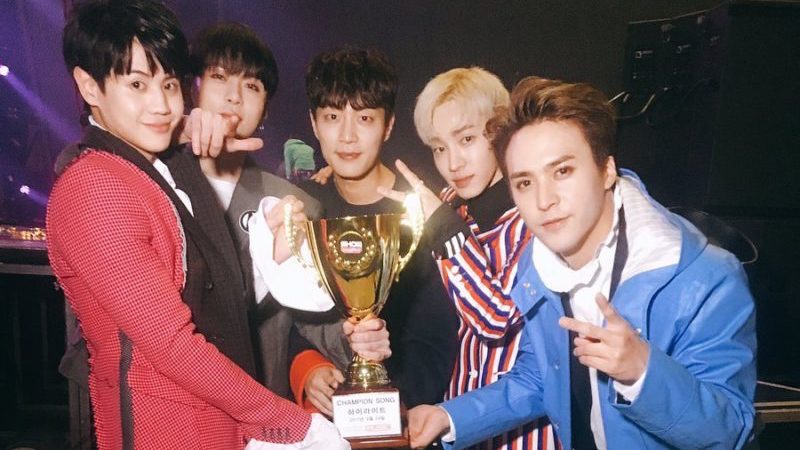 Watch: Highlight Wins 2nd Trophy For “Plz Don’t Be Sad” On “Show Champion,” Performances By GOT7, CNBLUE, GFRIEND, And More

Highlight has already grabbed their second trophy since their “debut” under their new name!

On March 29’s episode of “Show Champion,” Highlight (formerly BEAST) was up against MONSTA X, CNBLUE, GFRIEND, and TWICE for the win. They ended up taking first place, earning their second win for their new hit track “Plz Don’t Be Sad”!

It was a particularly special moment for both Highlight and fans because the group hadn’t been able to attend the ending of “The Show” yesterday to celebrate their first win. Each of the guys took a turn to thank everyone for helping them get to first place. Yong Jun Hyung thanked “Show Champion” and their fans, and assured fans that they’ll decide on a fandom name soon so they won’t have to be jealous of other fans anymore.

Yoon Doo Joon also thanked everyone at their new agency Around Us Entertainment for helping them with their new start, and promised to work hard. The guys then partied as they celebrated their second win during their encore (as their fanboys VICTON danced along in the back).

CNBLUE – “When I Was Young”