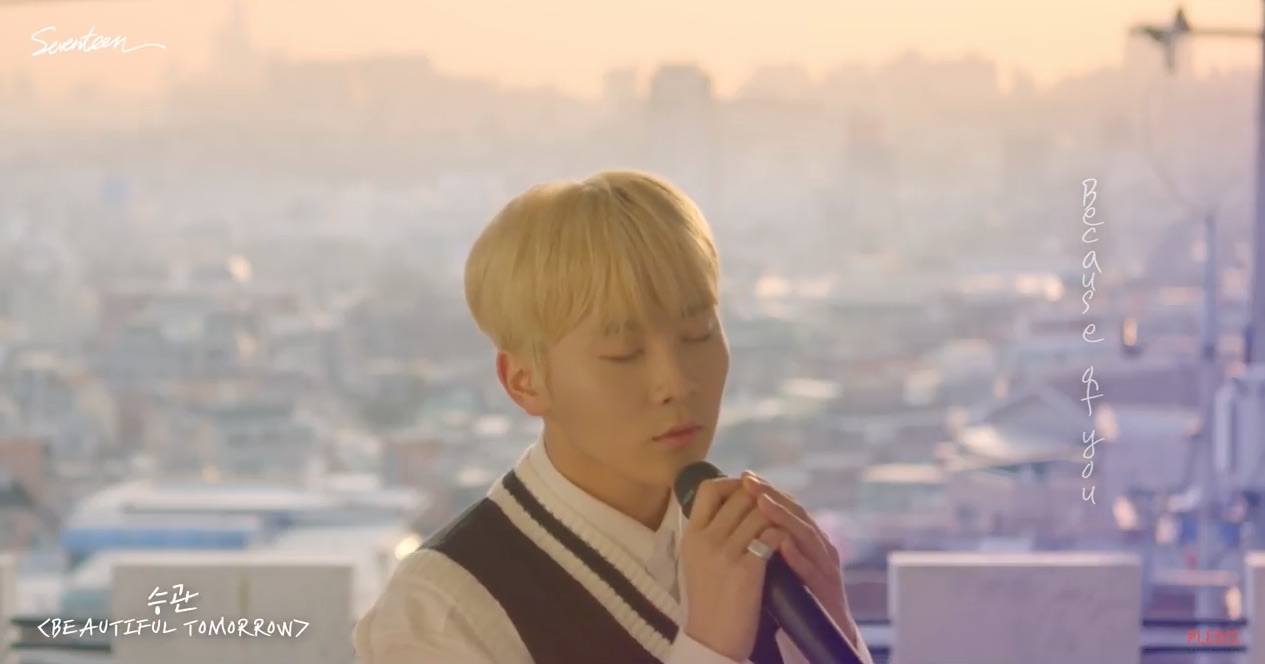 SEVENTEEN’s Seungkwan is out to steal all our hearts with his melodious voice!

On March 29, SEVENTEEN’s official YouTube account released a video of the idol performing a soaring rendition of Park Hyo Shin’s “Beautiful Tomorrow.” The song was released as a double title track on the singer’s 2016 “I Am A Dreamer” album.

Seungkwan succeeds in taking the song to making it his own. The video itself is simplistic, a continuous shot of Seungkwan singing with the lyrics of the song appearing on the side of the screen, perhaps to keep the focus on the idol’s beautiful voice without any distractions.

Give the video a watch and let us know if you’re loving this rendition of “Beautiful Tomorrow” by SEVENTEEN’s Seungkwan!

SEVENTEEN
Seungkwan
How does this article make you feel?