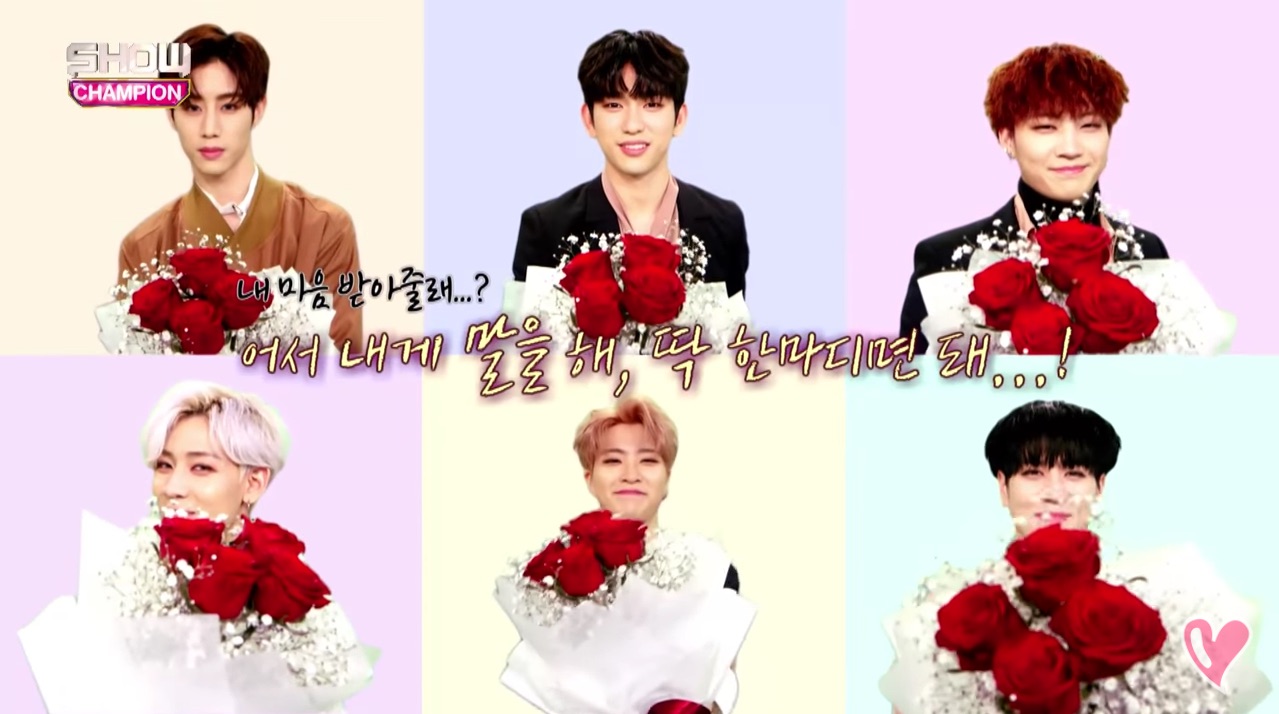 Watch: GOT7 Gets Goofy, Cheesy, And Downright Adorable In “Show Champion” Segment

GOT7 sure do know how to win over the hearts of their fans!

For Show Champion, the members of GOT7 participated in a “Could You Do This?” segment that had them acting out various scenarios that were given to them.

The members showed off their aegyo skills and proposed with a bouquet, subsequently reacting to the person accepting their show of affection. They acted as masculine as they could, confessed their love to someone, and finally ate a giant lollipop. One member went the extra mile and shoved the entire lollipop in his mouth, which was actually pretty impressive.

True to the statement at the end, it seems like fans will “Never ever” be able to leave GOT7, not when they’re as goofy and adorable as they are in this clip.

Check out the video for yourself and share with us which part was your favorite!

GOT7
Show Champion
How does this article make you feel?