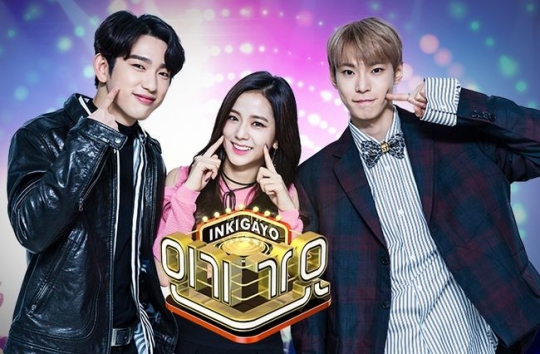 GOT7’s Jinyoung has revealed that his chemistry and apparent friendship with his “Inkigayo” co-hosts BLACKPINK member Jisoo and NCT’s Doyoung isn’t just for the cameras!

On March 29, GOT7 members Jackson, Jinyoung, and Youngjae chatted together during a show on Naver’s V Live entitled “Got Jackson Show.” Jinyoung mentioned during the broadcast, “There’s a group chat for just the ‘Inkigayo’ hosts.”

Jackson asked if they were all friends, and was particularly curious because each of the hosts are from different agencies.

Jinyoung replied, “All three of us are close. We talk to each other often. In our chat room, we’ll say things to each other like ‘Bring back something for me to eat’ if one of us has gone abroad.”

Jinyoung, Jisoo, and Doyoung host the music program “Inkigayo” together every Sunday on SBS.

GOT7
NCT
BLACKPINK
Jackson Wang
Doyoung
Inkigayo
Jinyoung (GOT7)
Jisoo (BLACKPINK)
How does this article make you feel?