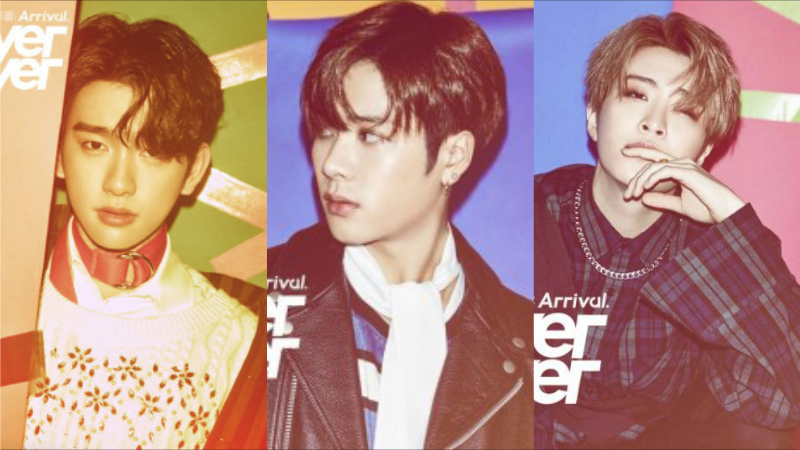 On March 29, GOT7 members Jinyoung, Jackson, and Youngjae appeared on the first episode of “Got Jackson Show” through V Live, where they talked about each other’s fathers.

During the broadcast, Jackson disclosed, “Youngjae’s father gives me a kiss whenever he sees me. I love it.” Jinyoung then added, “I love drinking a shot of soju with Youngjae’s father. He has such a warm gaze.” In response to their remarks, Youngjae admitted that his father is an alcohol lover who can drink up to five bottles by himself.

Jackson further shared, “Jinyoung’s father is always kind to me. From seeing the way he gives advice to Jinyoung though, I can tell that he has no aegyo.” Upon hearing this, Jinyoung asked Jackson if fathers even need to show aegyo to their children, to which Jackson replied, “My father does.”

Youngjae continued, “Jackson is exactly the same as his father in terms of looks and personality,” to which Jackson responded, “My father is 10 times as lively at home, so I grew up that way. I was greatly influenced by him.”

Meanwhile, Jackson recently returned from his hiatus to promote with GOT7 for their latest track “Never Ever.”

GOT7
Jackson Wang
Jinyoung (GOT7)
Youngjae (GOT7)
How does this article make you feel?