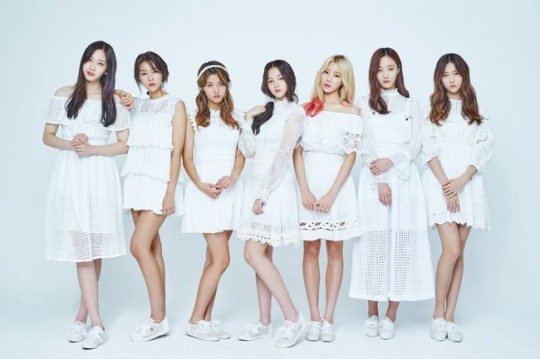 It looks like the rookie girl group MOMOLAND will be undergoing some changes.

MOMOLAND’s agency Duble Kick Company said on March 28, “MOMOLAND will have some changes in its member lineup before their comeback at the end of April. A new member, Daisy, will join the group.”

Daisy was one of the girls who competed for a spot on the team on “Finding Momoland” but was unfortunately eliminated at the time. She was also famous for being a former JYP trainee.

Furthermore, Yeonwoo, who had briefly halted activities due to an injury, has rejoined the group during practices again. The representative said, “Yeonwoo isn’t back to 100% yet, but her recovery is going much better so I don’t think there will be limitations for her for this comeback.” They added, “She is currently participating in preparations for the comeback album.”

The representative was careful to mention, “This is not the final MOMOLAND member lineup. There is a possibility that more members will be added. Soon, the member lineup will be finalized, then they will make their comeback.”

Meanwhile, the MOMOLAND members were chosen through Mnet’s audition survival show “Finding Momoland” and made their debut with “Jjan! Koong! Kwang!” last November.

MOMOLAND
Yeonwoo (MOMOLAND)
How does this article make you feel?