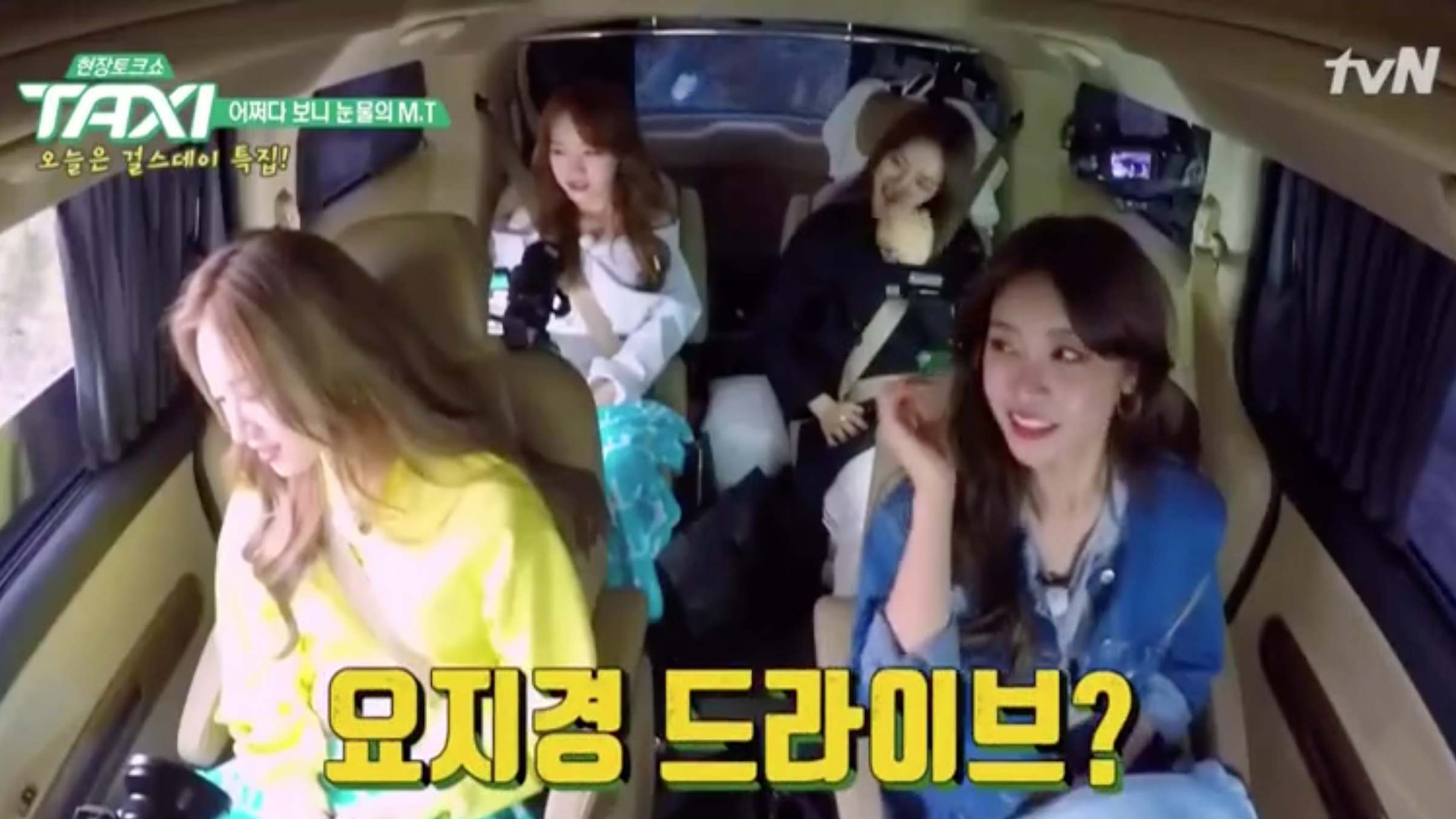 On the March 29 broadcast of tvN’s talks show “Taxi,” Girl’s Day talked about the hardships they faced when they were younger, as both trainees and rookie idols.

Sojin said, “I was a trainee for 12 years. I had a hard time before I debuted but I had an even more difficult time after debuting. I had technically achieved my dream but it didn’t feel like I had. I didn’t know what I had to do to survive in this field, even though I had become a singer.” 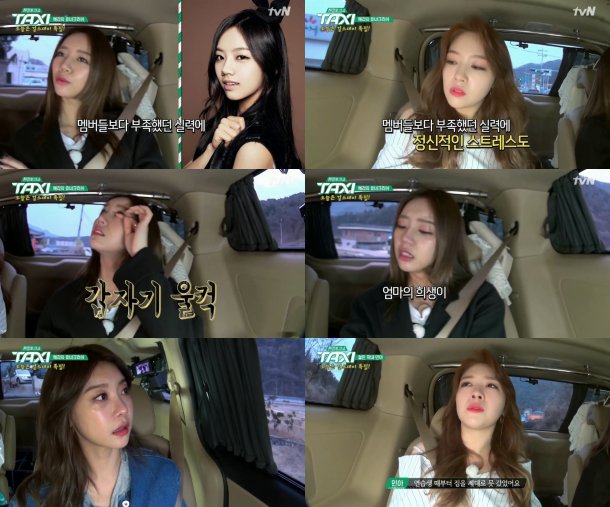 MC Lee Young Ja then asked if Hyeri had any difficulties up until now, to which Hyeri replied, “I think I was really lucky because I was able to debut relatively quickly. On the other hand, there were things that were difficult for me because I had debuted so quickly. I got stressed out often because I realized how lacking I was. But I also felt like I was the head of my household so I tried to be positive and that became a driving force for me.”

Lee Young Ja asked, “Do you still think that about yourself?” Hyeri responded, “I think I will live the rest of my life thinking that about myself. I always feel apologetic to my mother, who worked in a factory for almost 15 years,” which caused the singer to tear up.

She continued, “My mother spent her youth in such a difficult and tiring way because of me. If my mother found out I thought this, she would be sad but I am both apologetic and very thankful for all she did.” Her fellow members also teared up as they spoke about their family members.

Meanwhile, the group has been making appearances on a number of variety shows – including “Hello Counselor,” “Entertainment Weekly,” and “Ask Us Anything” – after recently making their comeback with “I’ll Be Yours.”

Girl's Day
Taxi
How does this article make you feel?