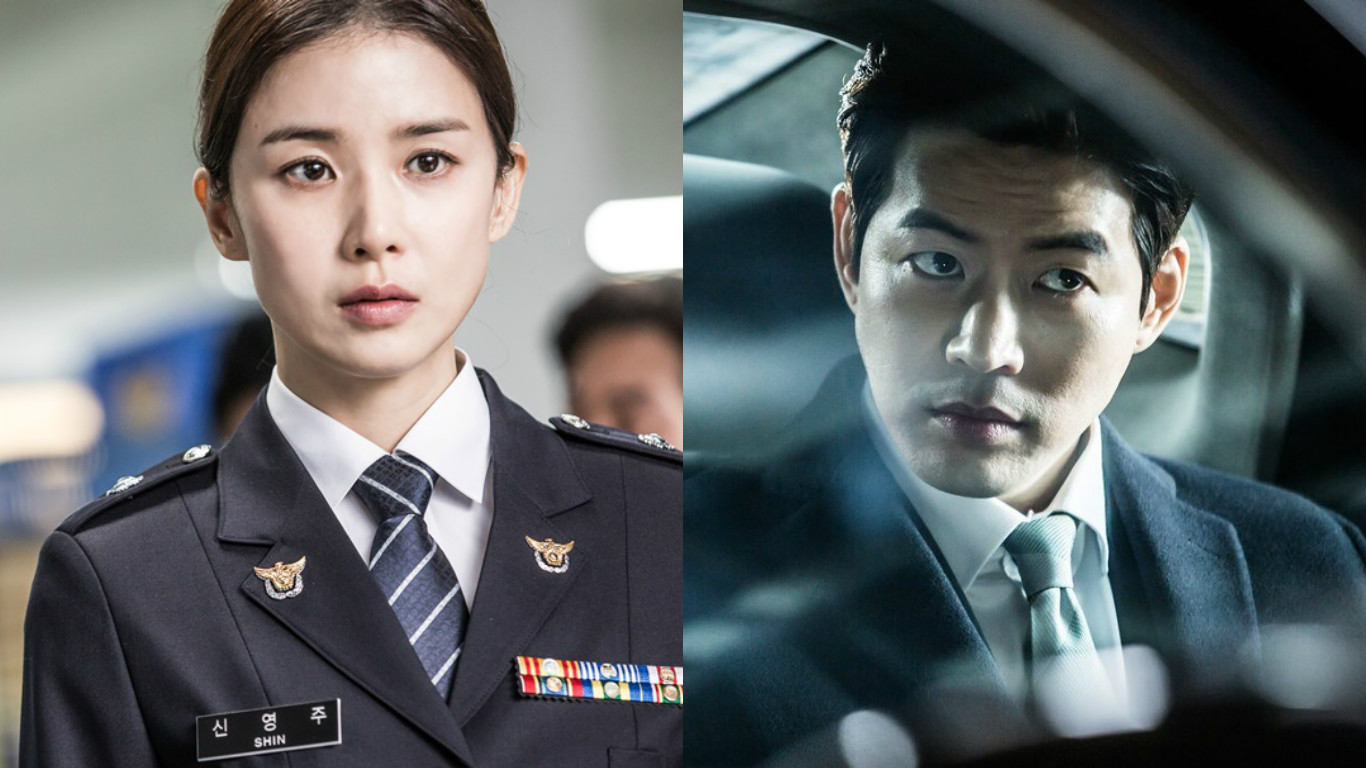 If you’re like me, you were feeling a little sad when “Defendant” ended — it was just so good. Luckily, for all you melodrama aficionados, “Whisper” takes over “Defendant” on SBS, in which Lee Bo Young (who just so happens to be married to “Defendant” star Ji Sung) and Lee Sang Yoon reunite on the television screen, five years after their successful drama “Seo Young, My Daughter.”

The first episode begins with Shin Chang Ho (Kang Shin Il) driving in heavy rain to meet with his friend Kim Sung Shik. Suddenly, a suspicious car appears from behind and speedily drives past Chang Ho, causing him to hit the railing by the edge of a cliff. Just as he lets out a sigh of relief, we see that he’s still on the phone with Sung Shik, and Chang Ho hears a scream and crash from the other side.

The scene shifts to the designated spot Chang Ho and Sung Shik were to originally meet, where an ominous man has come to kill Sung Shik; when Chang Ho finally discovers Sung Shik, it is too late and his friend is already dead. Despite Chang Ho’s innocence, policemen arrive on the scene to arrest him for murder charges.

Shin Chang Ho turns out to be the father of none other than Shin Yeong Joo (Lee Bo Young), the chief police detective of her department. The morning after Shin Chang Ho’s arrest, Yeong Joo watches as her father is dragged into questioning. Yeong Joo quickly realizes that this is all a set up and that her father is clearly innocent. She even interrupts a meeting the police are having about the case to direct their attention to the fact that her father cannot be the suspect; the major law firm Tae Baek had all the motive to kill Sung Shik, not her father. 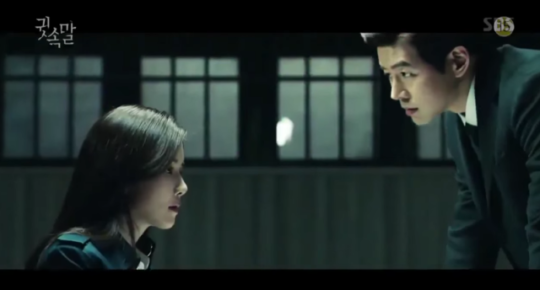 Lee Dong Joon (Lee Sang Yoon) is the judge presiding over this case. He is an upstanding judge who believes in upholding the law in the face of corruption, so Yeong Joo entrusts him with evidence that proves her father’s innocence. However, Dong Joon turns his back on Yeong Joo and sentences her father to 15 years in prison. Upon returning home to mourn over the situation, Yeong Joo catches a newspaper article reporting that Dong Joon will marry into the Tae Baek family.

Dong Joon is out to celebrate (if you can even call it that — he looks absolutely miserable) his impending marriage with his friends, and has a little too much to drink. The morning after, Dong Joon wakes up to find himself half naked in a hotel room, with the television playing a video of him in bed with another woman. Yeong Joo walks out of the bathroom in a robe, and asks him what might happen if it was revealed that he raped the daughter of the defendant whose trial he presided over. 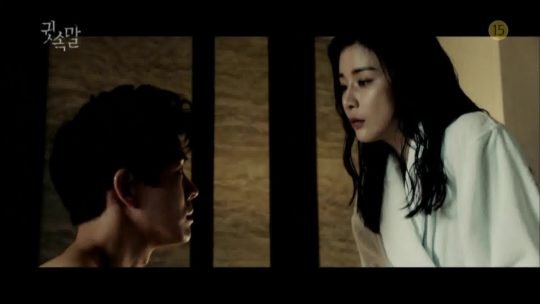 This certainly sets the stage for a tense relationship between Yeong Joo and Dong Joon; but for all you worriers out there, most websites have provided a synopsis stating that our two main characters, despite starting out as bitter enemies, will eventually collaborate to stomp out corruption. 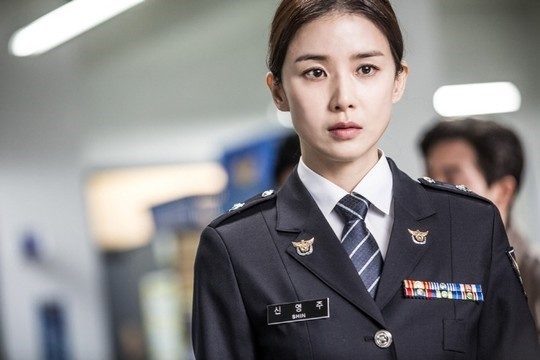 I honestly expected Shin Yeong Joo to be the typical female law enforcement character featured in dramas: intelligent, good-looking, and clean to the core. But to my pleasant surprise, as clever and beautiful as Yeong Joo is, she knows that she can’t win against the bad guys if she sticks to following the rules. She’s just as willing to cross the line to get what she needs desperately, which at this moment is her father’s freedom. 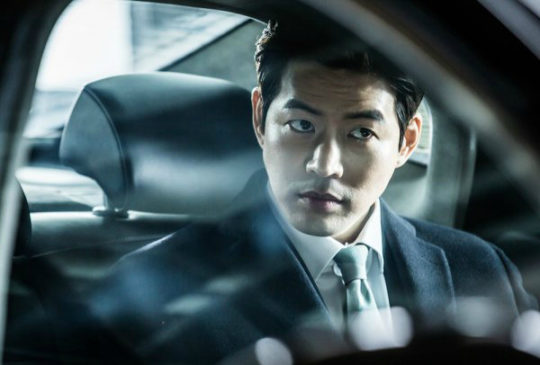 At the start of the series, Lee Dong Joon is a no-nonsense judge who refuses to bend the rules, even at the bequest of his superiors; even when the Supreme Court Justice tries to use his father’s hospital malpractice cases as leverage, Dong Joon doesn’t even bat an eye. However, when his reappointment as a judge and clean image are threatened, Dong Joon begins to steer off the high road and marries into Tae Baek, a law firm he knows has more than just a few skeletons hidden throughout its glass walls. 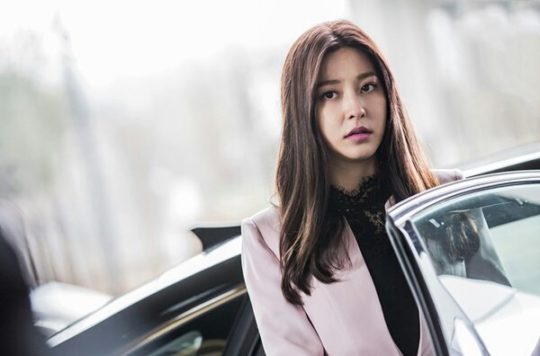 The daughter of the family running Tae Baek, Choi Soo Yeon (Park Se Young) is Lee Dong Joon’s new wife. But unlike the others surrounding her, Soo Yeon maintains a humorous indifference in every situation she faces. Though certainly no comic relief, Soo Yeon’s presence throughout the drama is refreshing for me, as she stands in stark contrast to the seriousness exhibited by the rest of the characters. I’d be interested to see as the drama progresses how much she actually knows and what kind of agency she has in her father’s and Tae Baek’s matters.

I hate to keep mentioning “Defendant” in a post about a different drama. But as great and intense as it was, I’m hoping that “Whisper” will give me everything that I thought was missing in the former: a complex female character from the onset. I was especially drawn to “Whisper” because even in the teaser showing the brief hotel room exchange between Yeong Joo and Dong Joon, I could see that Lee Bo Young’s character is neither passive nor pristine. She understands that the bad guys have all the power in this world, and she’s willing to play dirty to make sure they don’t get their way.

And even though Yeong Joo does have to rely on Dong Joon to move onward with saving her father, she only needs him insofar as he needs to do her every bidding — for now, at least. While it’s clear in the second episode that the two will continue to wage war against each other for the upper hand in this strange relationship, Yeong Joo is able to maintain some sort of control over Dong Joon with the supposed rape video hanging over his head.

What’s also incredibly fascinating is that in many ways, Yeong Joo and Dong Joon are the exact opposite: Yeong Joo comes from a middle-class working family while Dong Joon’s father directs a very large hospital. Yeong Joo, while also working in law enforcement, does not entrust the law to always do its job and is from the onset willing to do whatever it takes, even if it means bending the rules; Dong Joon, on the other hand, was righteous almost to a fault, at least in the beginning. And now, while Yeong Joo has pretty much nothing to lose — after all, she was also forced to take off her police badge — Dong Joon has almost everything to lose. Despite their differences, it’s clear that both characters have respectively made their deals with the devil. It will be interesting to see how these differences and similarities between the two will complicate their relationship and the story as it progresses.