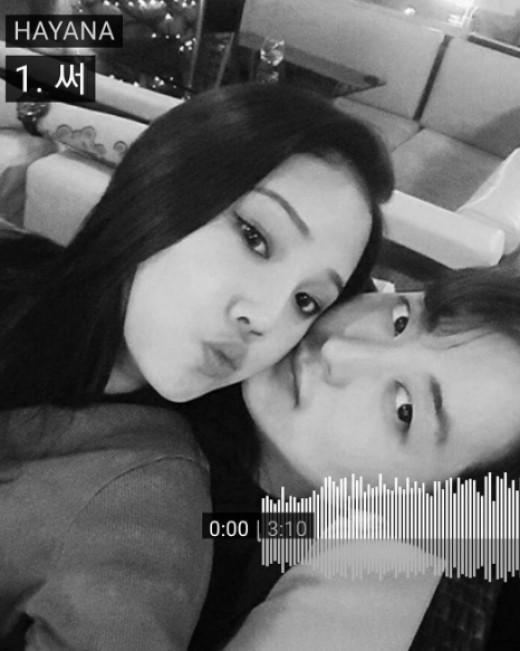 A source from Geeks’s agency Grandline Entertainment explained, “Louie is currently in a relationship with former girl group member Hayana. They developed positive feelings for each other last year and began dating around the end of the year.”

Louie publicly admitted his dating status by uploading photos of himself with Hayana on his Instagram. The two artists met through their friends, and they grew close after working on music together.

At a short interview, Louie revealed, “I’m glad our dating news came out. Being in a relationship is a good thing, you know? I don’t feel any pressure about dating publicly.” Regarding their music, he expressed, “I’m a rapper and she’s a vocalist. For us, making music is like going on a date. We have over 20 songs together, and they’re all of high quality. I would like to [release them officially], but Hayana is still doing music on her own, and I have to work on Geeks’s album, so I’ll have to think about it.”

Louie debuted with Lil Boi in 2011 as hip hop duo Geeks. They rose to fame with hit songs “Sometimes” and “How Are You.” On the other hand, Hayana made a debut as part of girl group EvoL in 2012, and currently she has halted her activities as a singer.

Meanwhile, Louie announced that a new album from Geeks will be released around late-May.

Louie
EVOL
Hayana
Geeks
How does this article make you feel?