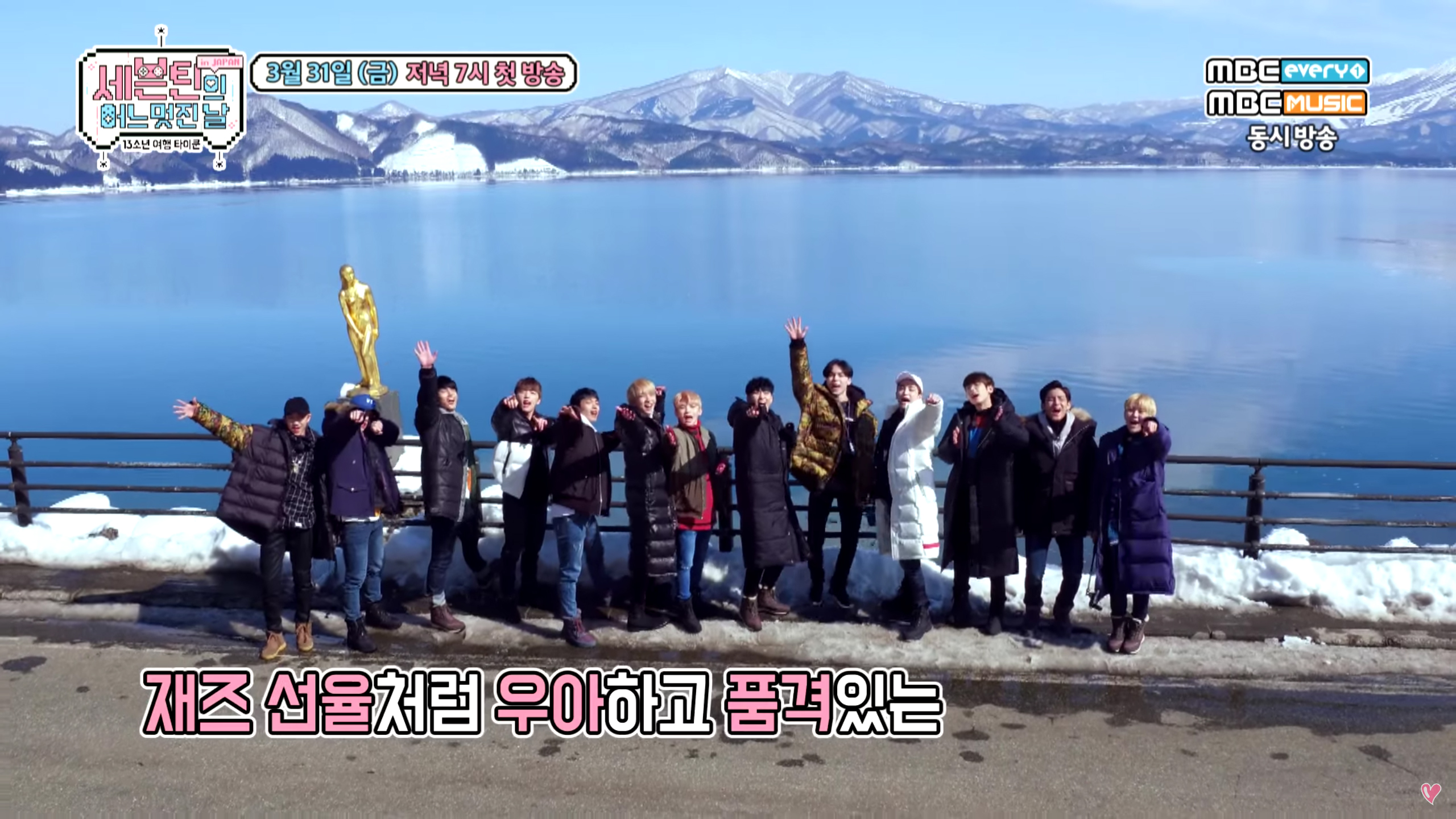 After releasing shorter previews earlier this month, MBC every1 has released a full length preview for “SEVENTEEN’s One Fine Day in Japan” ahead of the show’s first broadcast. This will be SEVENTEEN’s second installment of “One Fine Day,” making them the first group to appear on the show more than once.

In the video, fans can see the group traveling around Japan, experiencing Japanese culture, and just generally having a great time together.

However, the members learn that they aren’t just going to have a relaxing, easy vacation and are informed that they are playing a video game in which they must use their skills to achieve the perfect vacation. The members quickly react and say, “We give up!” and, “Can’t you normally just log out of video games?”

Despite the challenge they’re given, SEVENTEEN continues to have the time of their lives in Japan, with members saying in their final interviews that the experience would become one of their happiest and most exciting memories.

“SEVENTEEN’s One Fine Day in Japan” will air its first episode on March 31 at 7 p.m. KST on both MBC every1 and MBC Music.

Meanwhile, SEVENTEEN’s main vocal Seungkwan released a cover of Park Hyo Shin’s “Beautiful Tomorrow” and SEVENTEEN’s Mingyu made his debut as a runway model at 2017 F/W Seoul Fashion Week. Plus, the group will be releasing a MV for their song “Smile Flower,” as a thank you to fans for reaching over 7 million views on their MV for “Boom Boom.”