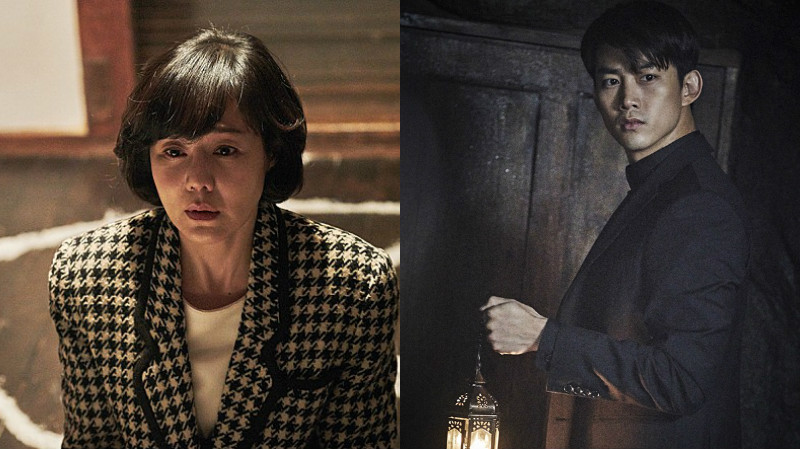 A press conference was held on March 29 for the movie “House Above Time.” During the event, Actress Kim Yoon Jin could not stop praising her co-star Ok Taecyeon.

“Is there anyone in this world who doesn’t like him? Taecyeon is someone who is liked by everyone,” she said. “He is funny, considerate, and very caring. He even has an adorable side to him. He is the perfect man, and that’s dangerous. Watch out for him,” she joked. When the star was asked how she would feel about shooting a melodramatic film with Taecyeon, Kim Yoon Jin responded, “I can’t image it because we are so close,” showing their close friendship.

Kim Yoon Jin also shared her hopes for the movie by saying, “Taecyeon’s role is big in this film. I hope that his fans will all come see the movie. It would be wonderful to surpass 1 million viewers. Please come to support him.”

Previously, Taecyeon unveiled one of the reasons he wanted to be involved in “House Above Time.” He said, “I heard that Kim Yoon Jin was going to be in this movie, so I had to join as well. There was no reason for me to turn down this role.” He further showed his admiration for his co-stars by saying, “I received a lot of help from Kim Yoon Jin and Jo Jae Yoon. Kim Yoon Jin especially helped me with the small details that made my acting in the film much better.”

Meanwhile, the suspense-packed thriller, “House Above Time,” will premiere on April 5.

Are you excited to see Taecyeon in his new movie?