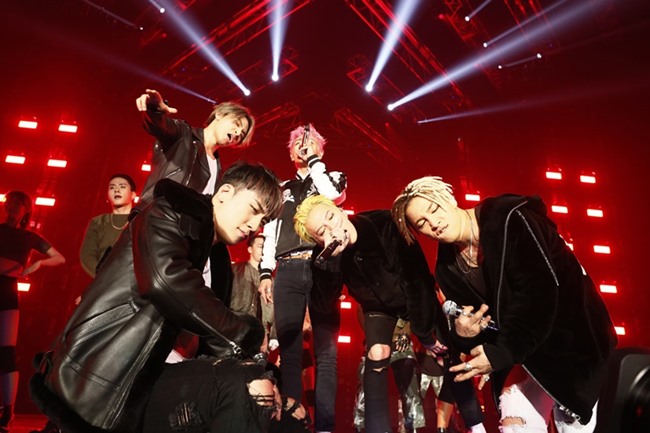 This is not the first time BIGBANG has achieved this feat. Last year, BIGBANG topped three weekly Oricon charts with a DVD they released in July.

Last year’s concert was held in celebration of BIGBANG’s 10th anniversary, and BIGBANG became the first foreign artist to successfully hold dome tours in Japan for four years in a row. They performed in four cities including Osaka and had a total of 781,500 people attend the 16 shows they held.

This was also T.O.P’s last Japanese tour before enlisting in the military, and he took the opportunity to say farewell to his Japanese fans.

Meanwhile, Daesung recently released a new album in Japan is topping various music charts! He will soon embark on a solo dome tour.