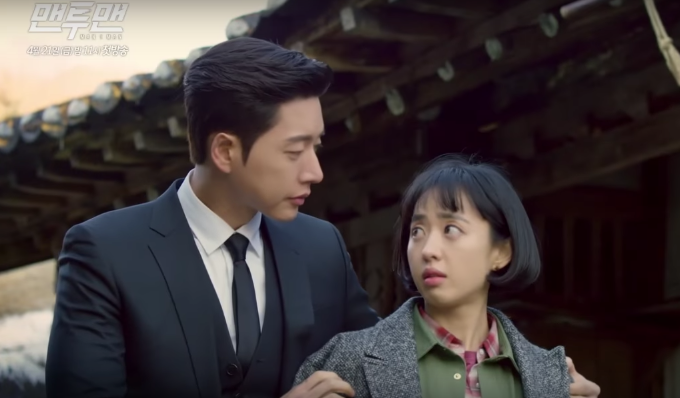 Watch: Kim Min Jung Shows Her Cute And Spunky Side In Character Video For “Man To Man”

As JTBC’s upcoming drama “Man to Man” approaches its air date, the drama has released a character video for Kim Min Jung!

The video was released on March 30 through JTBC’s official YouTube site with the title “I Protect My Oppa,” hinting at Kim Min Jung’s spunky and passionate character.

In the new video, Cha Do Ha (played by Kim Min Jung) is seen fawning over famous celebrity Yeo Woon Gwang (played by Park Sung Woong). When she catches Park Hae Jin’s character Kim Sul Woo doing research and taking photos of her beloved idol, she frantically asks him, “Are you a fanboy?”

The drama raises anticipation for its premiere as the end of the video shows Cha Do Ha asking, “Why did you do it?” Kim Sul Woo then gets close to her and responds, “Because you were there, and in my eyes, I only saw you.”

Check out the character video for Cha Do Ha below!

Man to Man
Kim Min Jung
Park Hae Jin
How does this article make you feel?