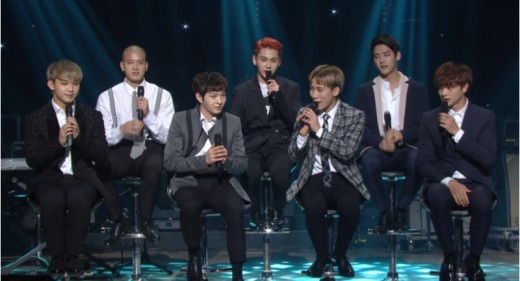 BTOB will be appearing on the next episode of KBS’s “Yoo Hee Yeol’s Sketchbook!”

During the filming, Seo Eunkwang talked about how nervous he was to be on the show, saying, “Whenever we did an interview, we would pick ‘Sketchbook’ as the show we wanted to appear on most.” Meanwhile, Yook Sungjae shared behind-the-scenes stories about filming with Gong Yoo, Lee Dong Wook, Kim Go Eun, and Yoo In Na on the set of “Goblin.”

The episode, which also features CNBLUE and Jung Hyung Don and Defconn, will air on April 1.

BTOB
Yoo Hee Yeol's Sketchbook
How does this article make you feel?