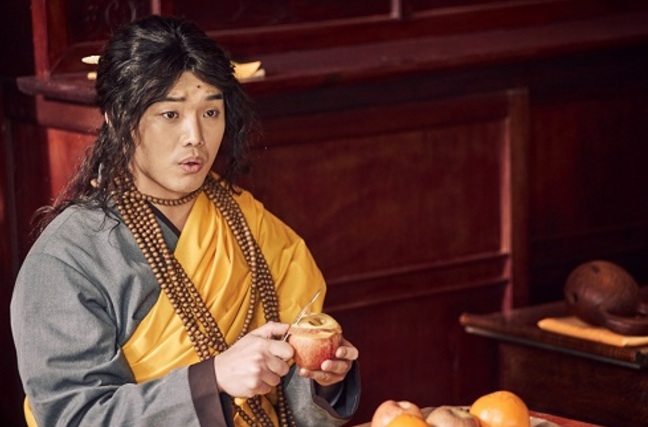 Comedian Kwon Hyuk Soo will be making what promises to be a funny appearance in an upcoming episode of “Strong Woman Do Bong Soon.”

Just by looking at the new stills that were released on March 30, the viewers can get a sense of how humorous Kwon Hyuk Soo’s character is.

In the drama, the comedian will be playing a Buddhist monk. Im Won Hee’s character, who has lost against Do Bong Soon various times, will be visiting the monk to try to start a new life. 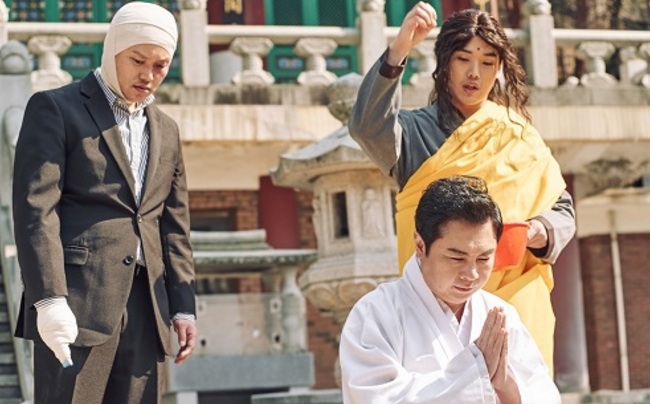 Kwon Hyuk Soo’s character is not what you would call normal. His bushy hair and serious facial expressions are enough to get people laughing. Plus, viewers are very curious to see the comical synergy created between Kwon Hyuk Soo and Im Won Hee.

When this scene was filmed, the two actors turned the filming set into a sea of laughter with their acting skills. Kwon Hyuk Soo was especially praised by the director for being able to create a uniqueness in his character. 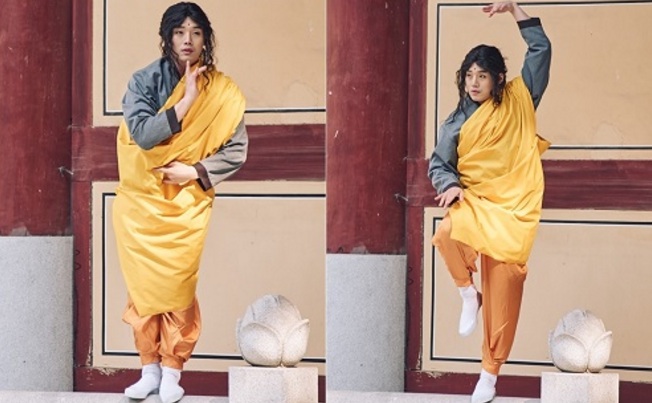 Despite his busy schedule, Kwon Hyuk Soo gladly agreed to appear on “Strong Woman Do Bong Soon” because of his close friendship with Kim Won Hae and Kim Min Kyo through “SNL Korea.” The comedian commented, “I decided to appear in it because the drama is so fun and I love watching it. My character was also very humorous so I was able to have fun while filming. I am looking forward to this week’s broadcast.”

Fans will be able to catch Kwon Hyuk Soo’s appearance on the next episode of “Strong Woman Do Bong Soon” on March 31 at 11 p.m. KST.

Watch the drama from the beginning below!