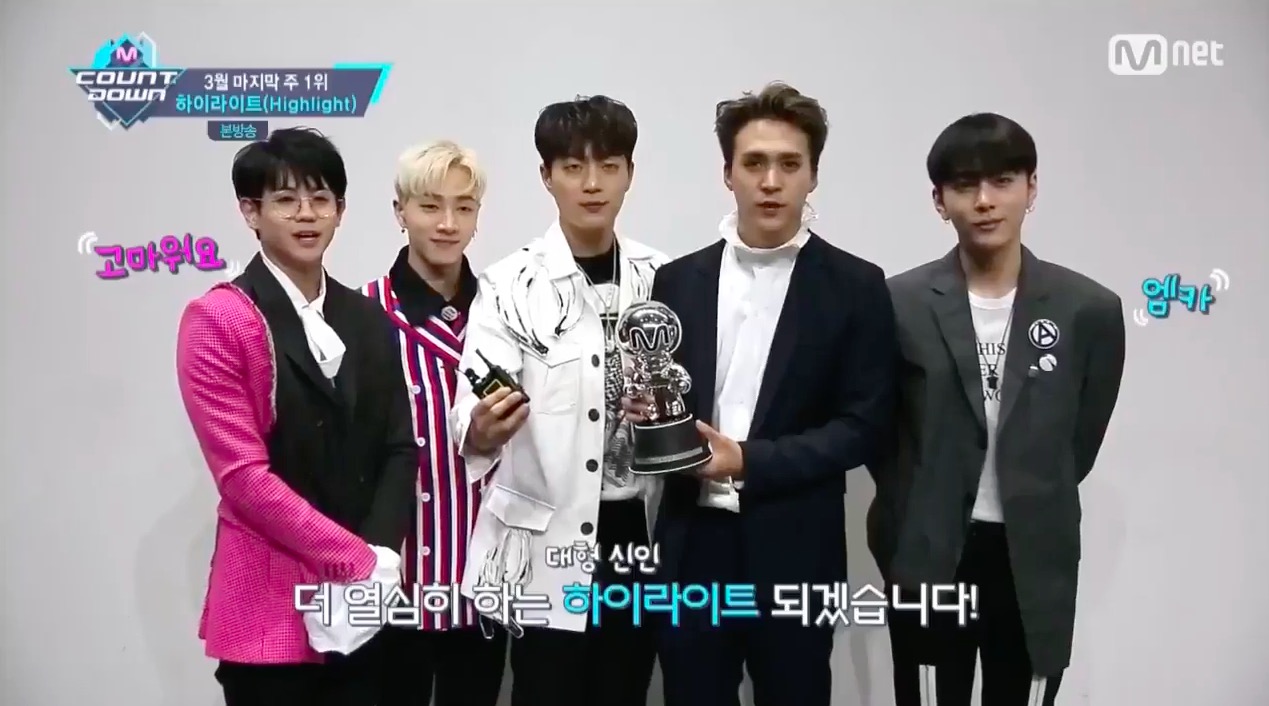 Highlight (formerly BEAST) has won another trophy for their hit new track “Plz Don’t Be Sad”!

March 30’s episode of the Mnet music show did not feature its usual performances because it was a special episode dedicated to performances from “KCON Mexico.”

However, the show still announced the winner for the last week of March! Highlight’s “Plz Don’t Be Sad” came in first place, earning them their third trophy so far since they made their “debut” under their new name.

In a celebratory video, Yoon Doo Joon said, “We’ve won this trophy because of all the love we’ve received from so many fans and other people.” Lee Gi Kwang added, ‘It’s been a new start for us so we were very afraid and worried, and we didn’t imagine that we would receive a trophy as important as this. Thank you so much.” Yong Jun Hyung promised that they’d keep working hard so they could win even more trophies in the future.