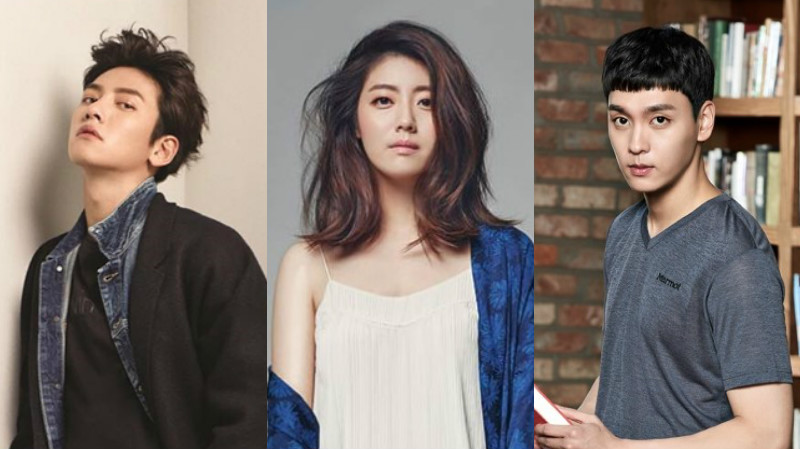 It has been confirmed by SBS that Nam Ji Hyun and Choi Tae Joon will be joining Ji Chang Wook’s upcoming drama “Suspicious Partner” (tentative title), which was previously named “Be Careful of This Woman.”

In previous news, Nam Ji Hyun had been almost confirmed as the lead and Choi Tae Joon was reviewing a role for the drama, but both actors have now accepted their casting offers. The cast is set to meet for their first script reading on April 4.

“Suspicious Partner” revolves around a man and a woman who relive an important memory in their lives repeatedly due to memory loss and are chased by a murderer at the same time. It’s a romantic comedy mixed with an exciting thriller.

In this drama, Ji Chang Wook will be playing a lawyer named No Ji Wook. He is multi-talented but he lives with a trauma he had experienced during his childhood. Then he meets a girl named Eun Bong Hee and his life takes a turn.

Nam Ji Hyun will play the character Eun Bong Hee, a woman who was once a judicial apprentice but worked diligently to become a lawyer. She had dreamt of becoming a Taekwondo master but her right to become an athlete was taken away due to a misunderstanding and she studied very hard to pass the bar exam.

Choi Tae Joon will be playing a lawyer named Ji Eun Hyuk, who has a complicated background. He first met Ji Chang Wook’s character at age 12 and maintained a brotherly friendship with him ever since. The two actors are also actually close friends in real life! Choi Tae Joon even invited Ji Chang Wook on one of his episodes of “We Got Married” to take part in a prank he played on his virtual wife Bomi of Apink.

“Suspicious Partner” will start airing in May.