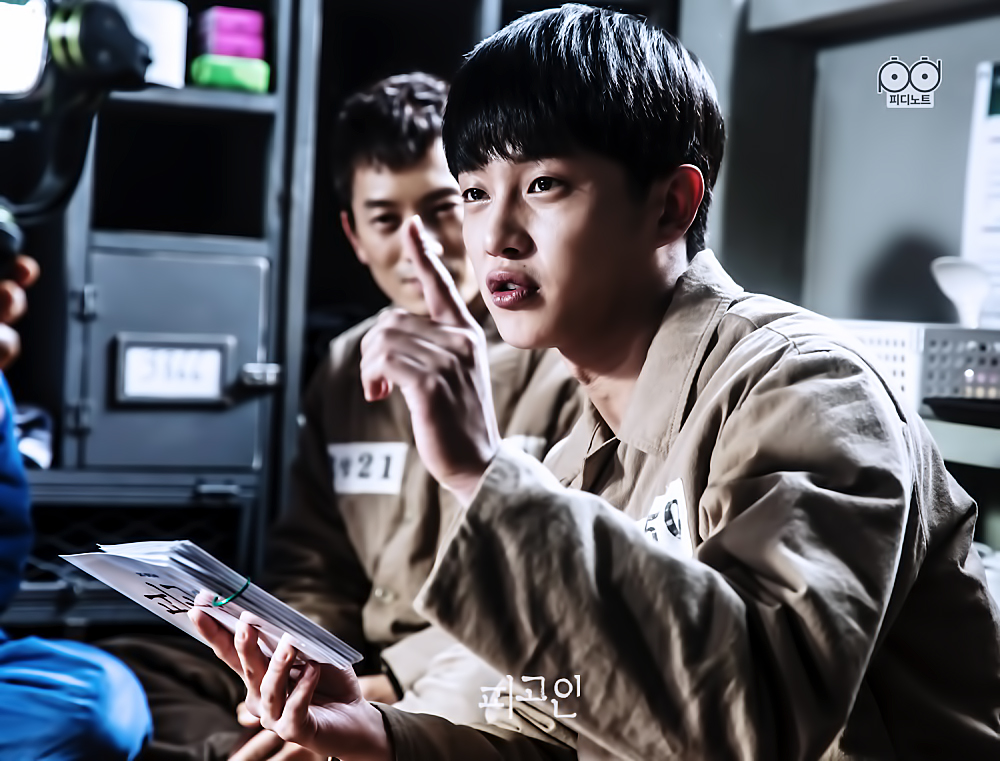 Actor Kim Min Suk has talked about his thoughts regarding his character in the recently ended drama “Defendant” and his future plans as an actor.

During an interview held on March 28, the actor discussed how he felt playing Sung Kyu in “Defendant.” He said, “I joined the filming knowing that Sung Kyu was holding Ha Yeon (played by Shin Rin Ah) hostage. Sung Kyu does not appear many times in the beginning of the drama, and [I’m thankful for that because] I wouldn’t have been able to do a good job due to the pressure. After making Park Jung Woo (played by Ji Sung) look like the murderer, my character continues to act like nothing is wrong. If there were more scenes like that, I would’ve had a more difficult time.”

Due to this guilt, Kim Min Suk revealed that he actually lost a lot of weight. He said, “The script of ‘Defendant’ is very depressing so I lost about 3 to 4 kilograms (around 6 to 8 lbs) due to the mental stress. The drama was so depressing and the weight loss came naturally.”

He continued, “I am disappointed that Sung Kyu didn’t live until the end but he did commit a crime, and I think it was good to end the drama with the father and daughter living happily. Sung Kyu’s ending would’ve been odd in all possibilities. He did take good care of Ha Yeon in the viewer’s point of view, but he was a criminal nonetheless. It’s sad, but I believe his death was justifiable because he was a lonely person and he had no family to go to.”

Also during the interview, Kim Min Suk mentioned that he was raised by his grandmother. “Every time I go to see her, she would always try to do everything for me,” the star explained. After filming a few works, Kim Min Suk gave his grandmother a credit card but, “she only used 18,000 won (around $16). I was living in luxury and my grandmother only spent that little. I ended up crying when I received a text message of my credit card usage. It really pained me.”

Lastly, the actor said, “My goal is to never create a disturbance in society and to never come out badly on the news.”

Kim Min Suk
Defendant
How does this article make you feel?