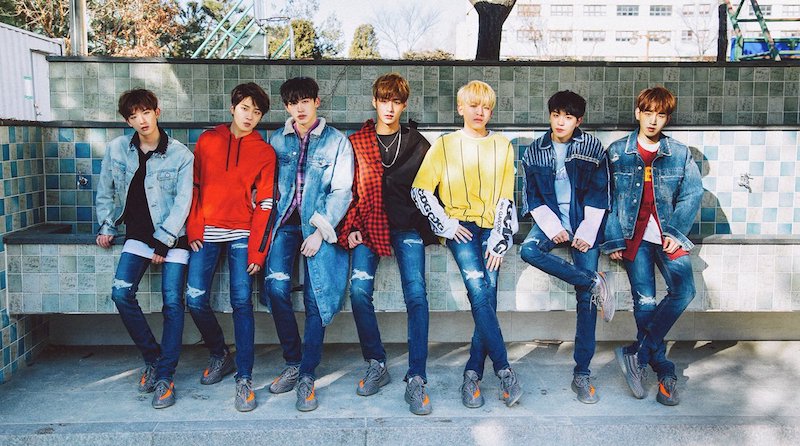 Boy group Romeo’s agency CT Entertainment has posted on Twitter to reassure fans and apologize after the group had to cancel an event due to a car accident.

On March 30 at 9:24 p.m. KST, CT Entertainment made a statement via the group’s Twitter in which they wrote, “We express our apologies for the same-day cancellation of the fan signing event today (March 30) in Jamsil. The Romeo members were on their way to take part in the fan signing event when there was a minor collision.

“The members quickly went to a nearby clinic to receive physical exams, and thankfully there were no major injuries discovered. However, in order to be safe, they are currently on the way to the hospital to receive thorough examinations.

“Both the Romeo members and our company are very sorry that the fan signing event was cancelled after it had already begun due to this sudden accident.”

At 10:27 p.m. KST, the agency posted on Romeo’s Twitter account again to share an update on the members. They stated, “Thankfully, the results of the additional examination at the hospital show that the Romeo members have no injuries other than slight bruising and muscle pain. We apologize for causing concern.”

The agency went on to state that the group’s planned appearance on March 31’s episode of the show “Music Bank” and their schedules for Saturday and Sunday will be carried out as normal, although the members will not be participating in the usual official entrance and press photo time on the way in to “Music Bank.”

CT Entertainment once again apologized to fans for making them worry following the news of the accident, and promised to do their best to ensure that the members can quickly recover.

Many of the members have also posted on Twitter to apologize to their fans, and assure them that they have no major injuries. Minsung wrote, “I’m so sorry to make you wait today… Please go home safely. We’ll see you tomorrow!! I’m really really sorry, and thank you for worrying about us.”

Yunsung wrote, “Our fans Juliet must have been very surprised like we were… I’m upset about it.. Since we are really okay, you don’t need to worry about us a lot. I apologize again and thank you.”

Romeo is a seven-member group that is currently promoting their latest title track “Without U.” We hope all the members of Romeo are feeling 100 percent soon!