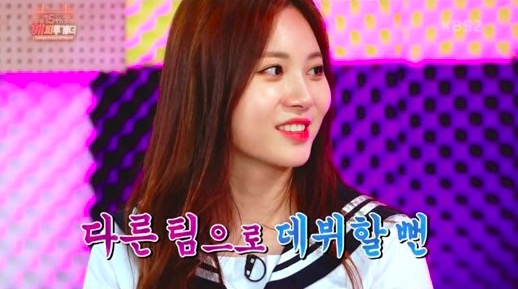 Girl’s Day’s Yura revealed that before she debuted, she got casting offers from 60 different agencies.

On the March 30 braodcast of KBS 2TV’s “Happy Together,” Girl’s Day’s Yura appeared as one of the guests.

During the broadcast, Yura said, “While I was in art class one day, I imagined of myself as a singer. So I told my parents that I’d prepare to debut just until I was in my final year of high school. And I actually debuted in my last year of high school.” She said, “Before I debuted, there was something called Cyworld. I saw that you could be featured on the main page of the site, and I thought I should try to get on there so that I can get casting calls from agencies. So I put up a really pretty picture of me and I made it to the main page. I got casted from 60 different agencies.” 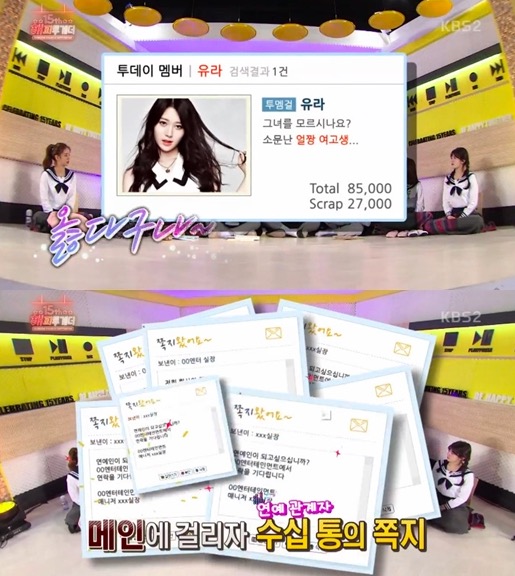 The MCs then asked, “Were there any famous ones there?” and she answered, “FNC. They said they were preparing to debut AOA,” revealing that she could have been part of that group instead of Girl’s Day.

Girl's Day
Happy Together
Yura
How does this article make you feel?