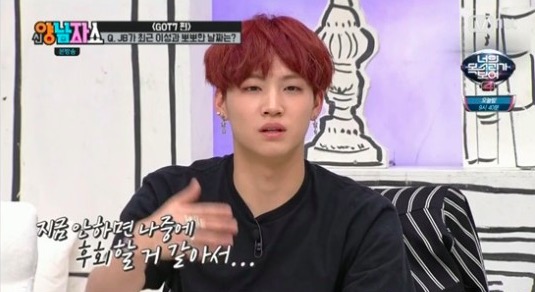 GOT7’s JB Thoughtfully Explains Why He Still Kisses His Parents

GOT7’s JB recently shared how much love he shows his parents.

On the March 30 episode of Mnet’s “New Yang Nam Show,” the seven members of GOT7 appeared as guests. During the broadcast, JB revealed the last time he kissed someone of the opposite sex on the lips. The recipient of the kiss was none other than his mother.

At this, JB explained, “I kiss my mother and I also kiss my father on the cheek. I don’t have much aegyo, but to my parents, I try to show it. If I don’t, I think I will regret it.” 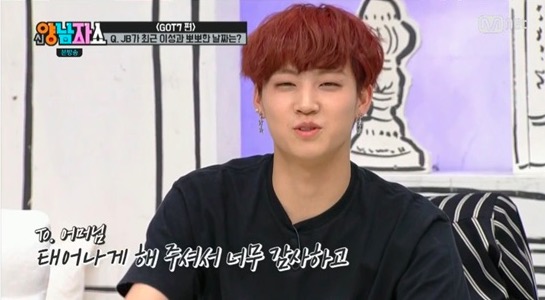 JB then sent a message to his parents, saying, “Thank you for having me. The reason why I am able to have such diverse experiences is all thanks to you. I know there were times when I was younger and I didn’t listen to you, but from now on, I’ll take care of you and love you.”

GOT7
JB
New Yang Nam Show
How does this article make you feel?