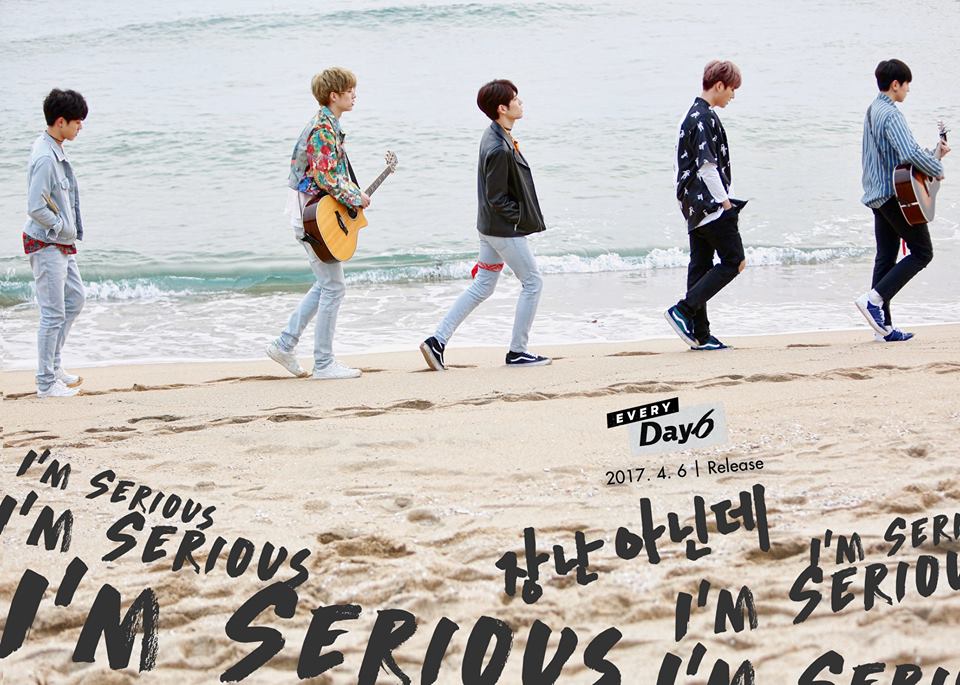 DAY6 has dropped their music video teaser for “I’m Serious” as well as two new group teaser images. Check them out below! 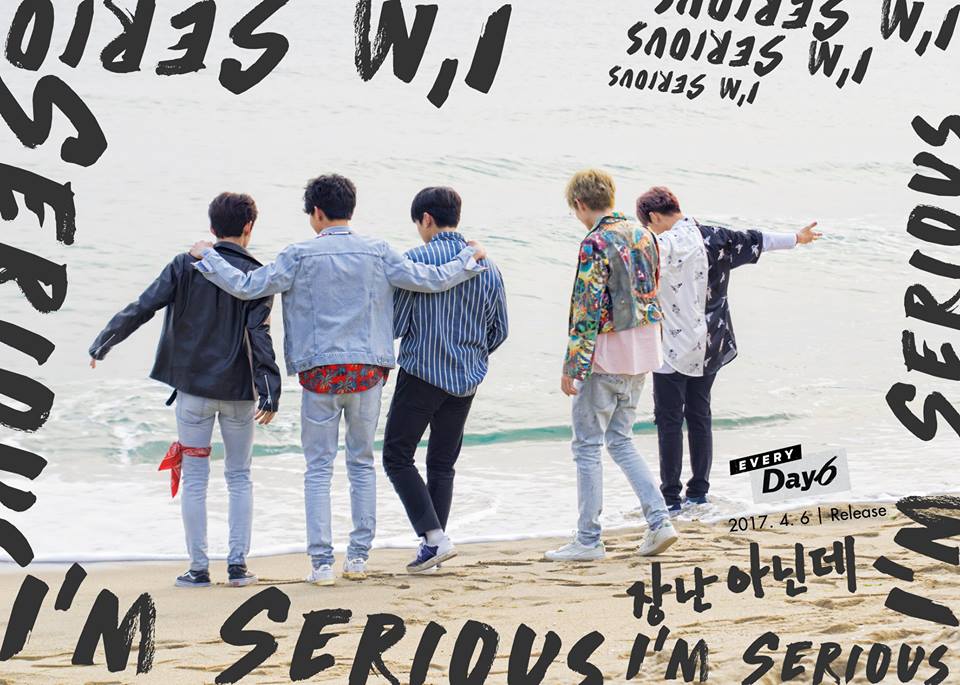 The release of the April edition of “Every DAY6” is just around the corner, and JYP has provided us with teasers of Dowoon!

He can be seen adorably interacting with a dog in the teaser image below.

Meanwhile, their April release “I’m Serious” will drop on April 6. Are you ready for it? 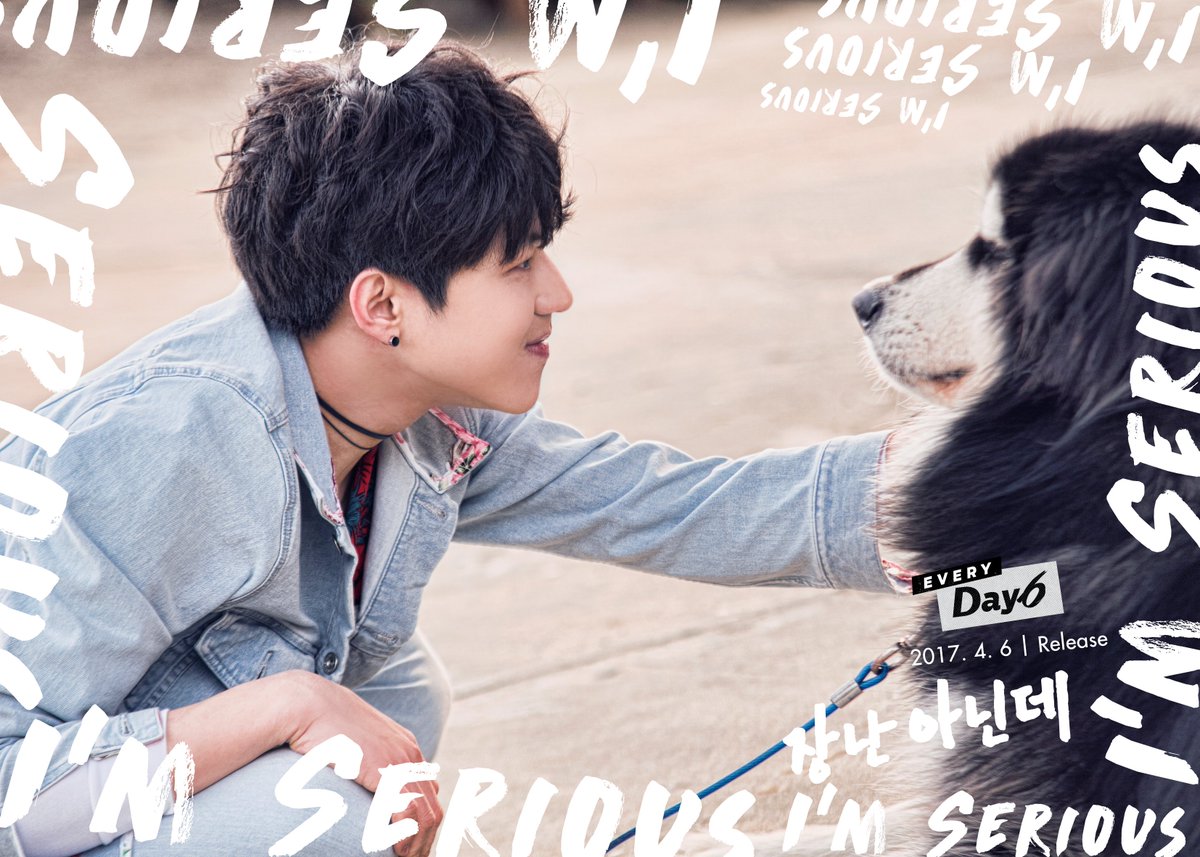 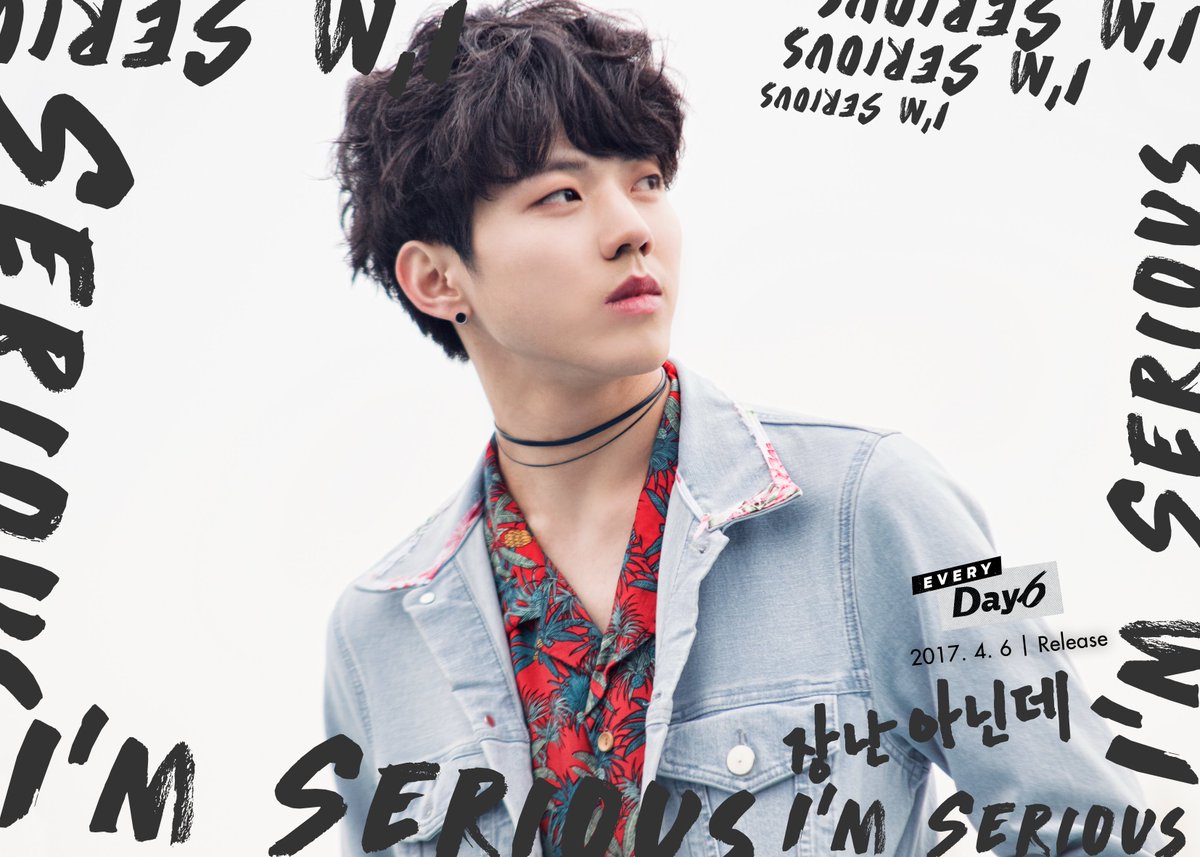 Wonpil’s teasers are next up for the April release of DAY6’s “Every DAY6” project. Now, Dowoon is the only member whose teasers have not been revealed yet.

Check back for updates! 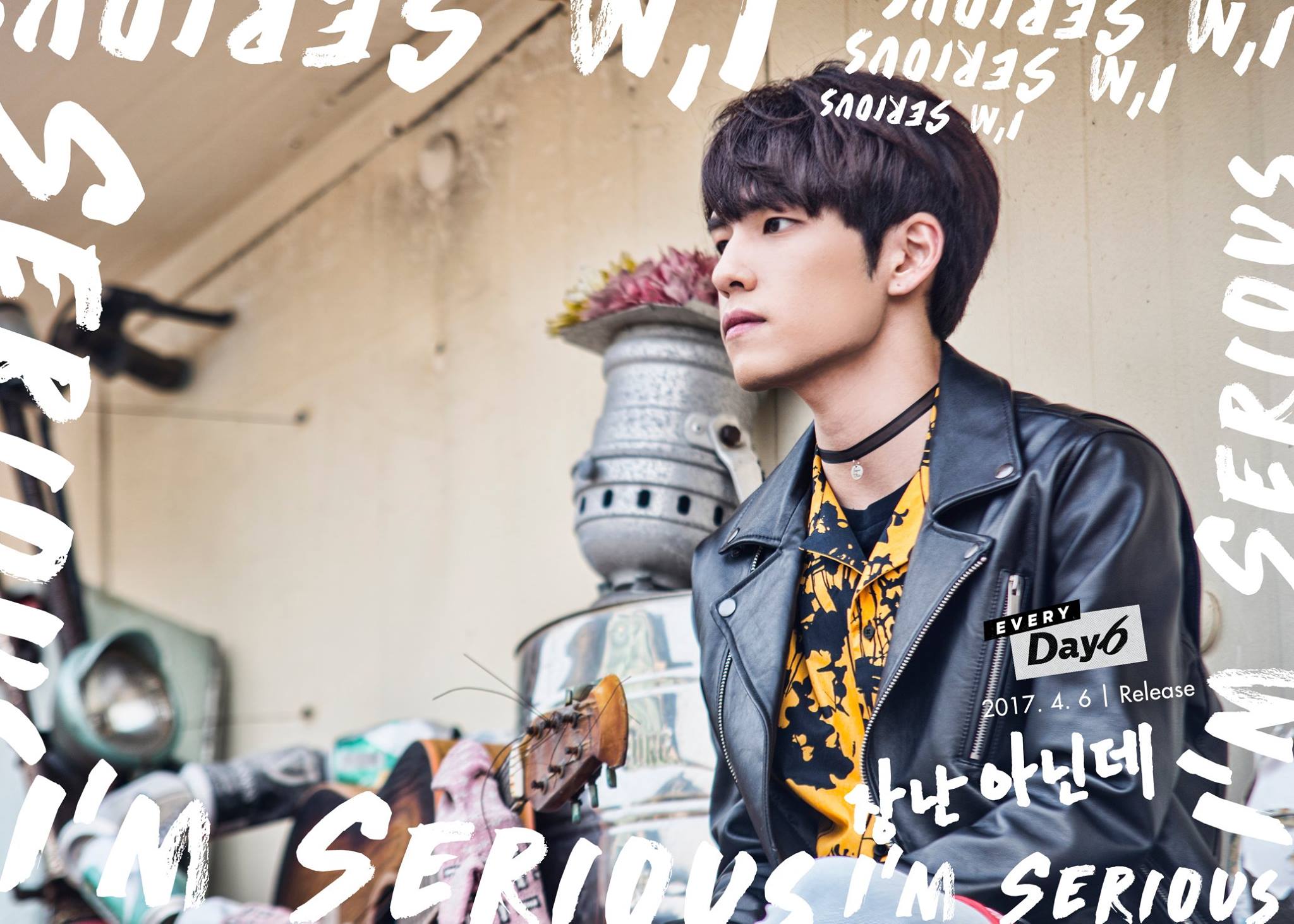 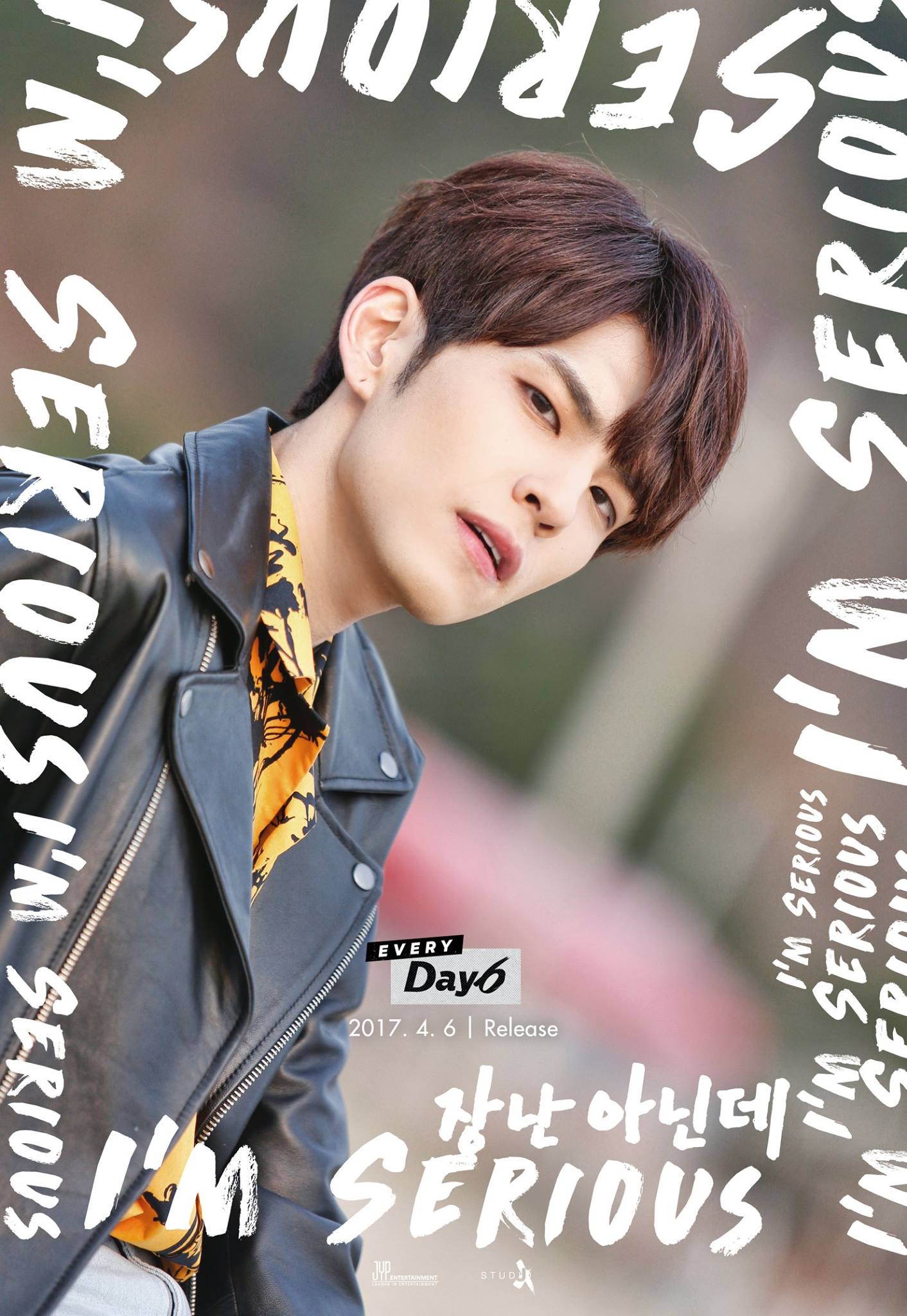 Following Jae’s teasers are Young K’s! Anticipation for DAY6’s April release is rising with each teaser! 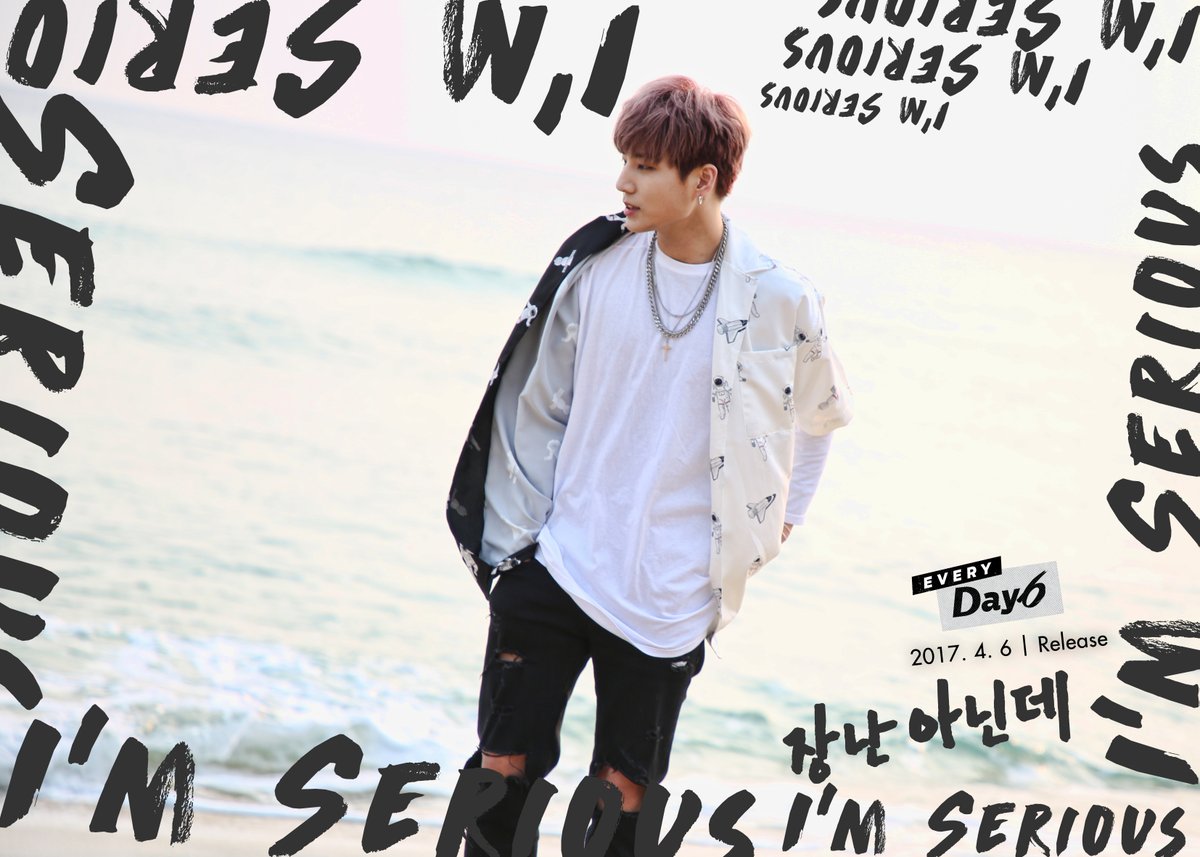 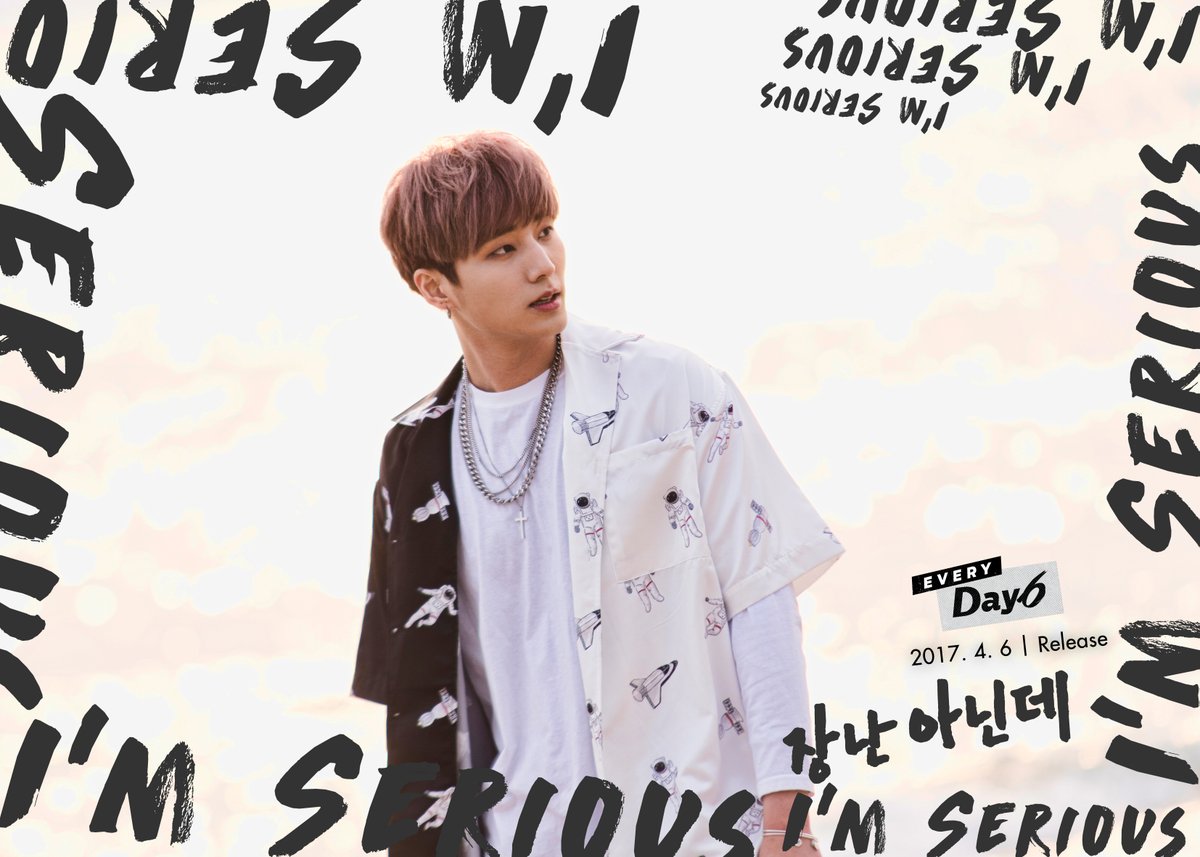 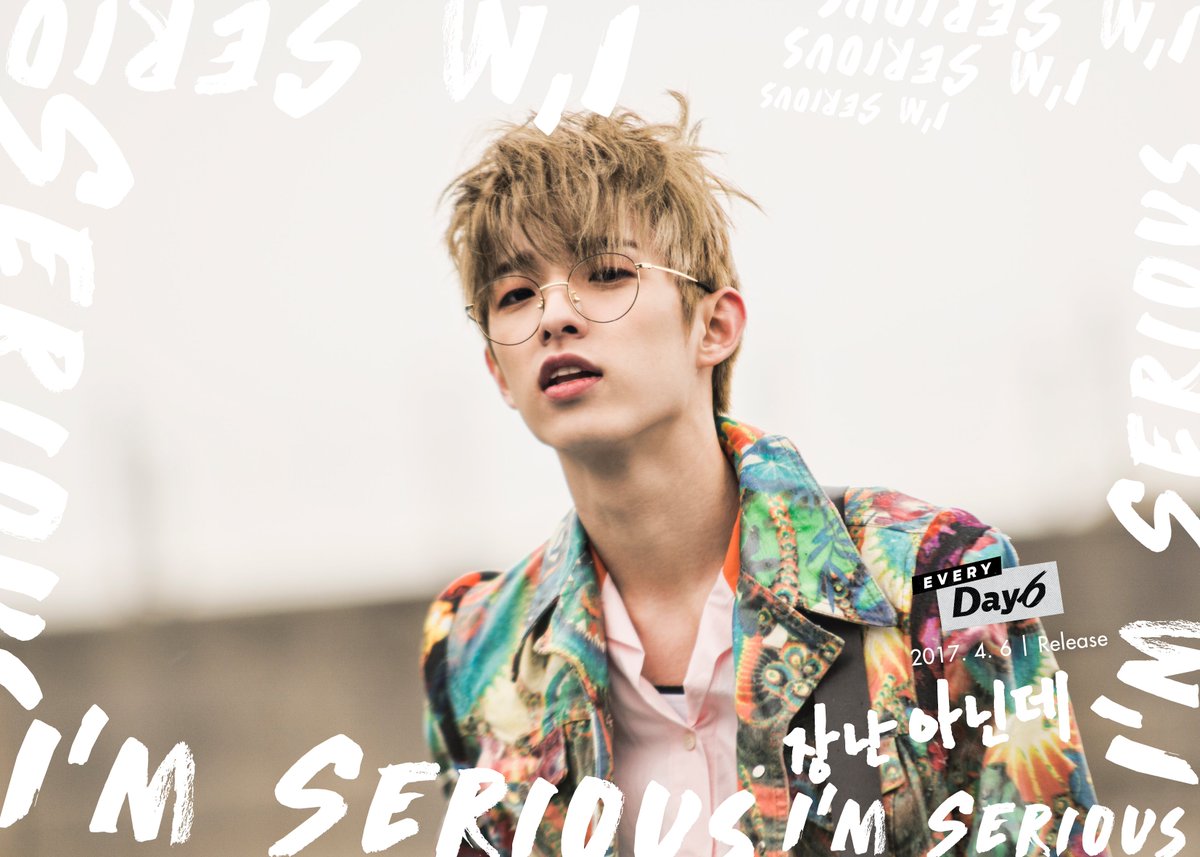 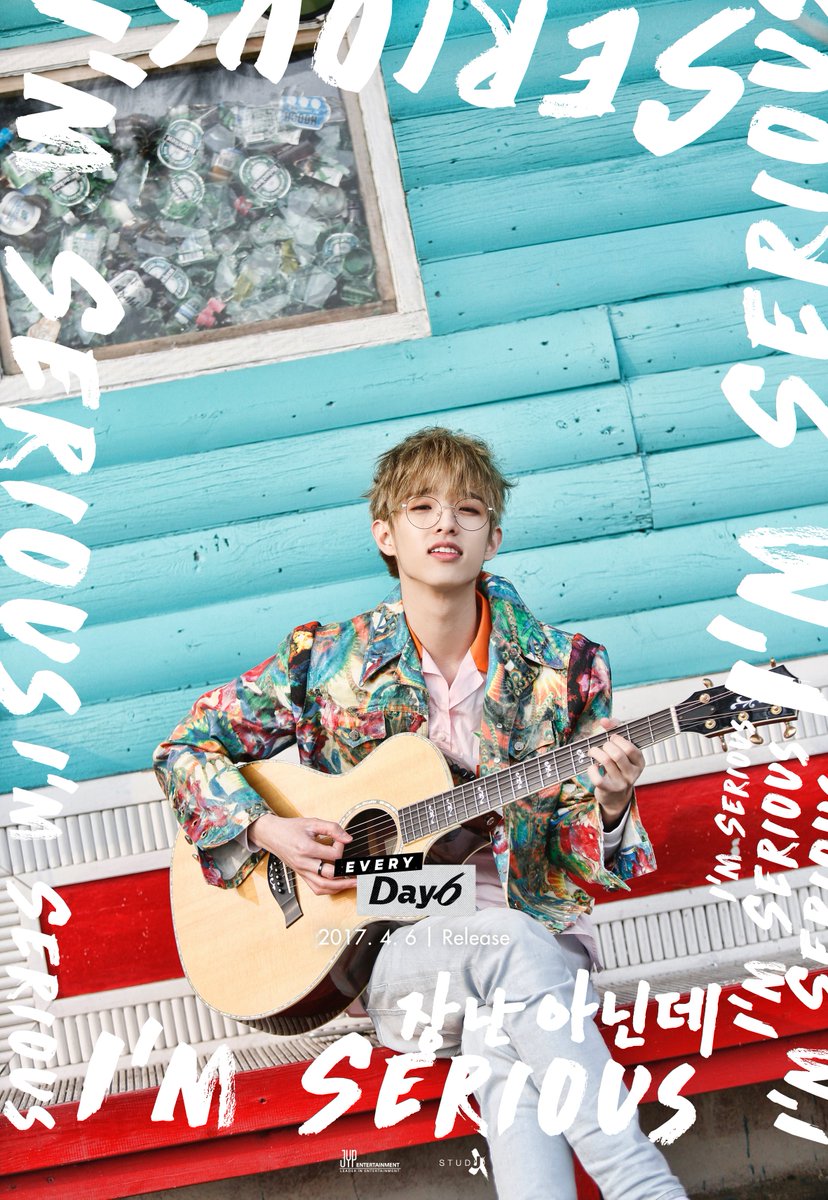 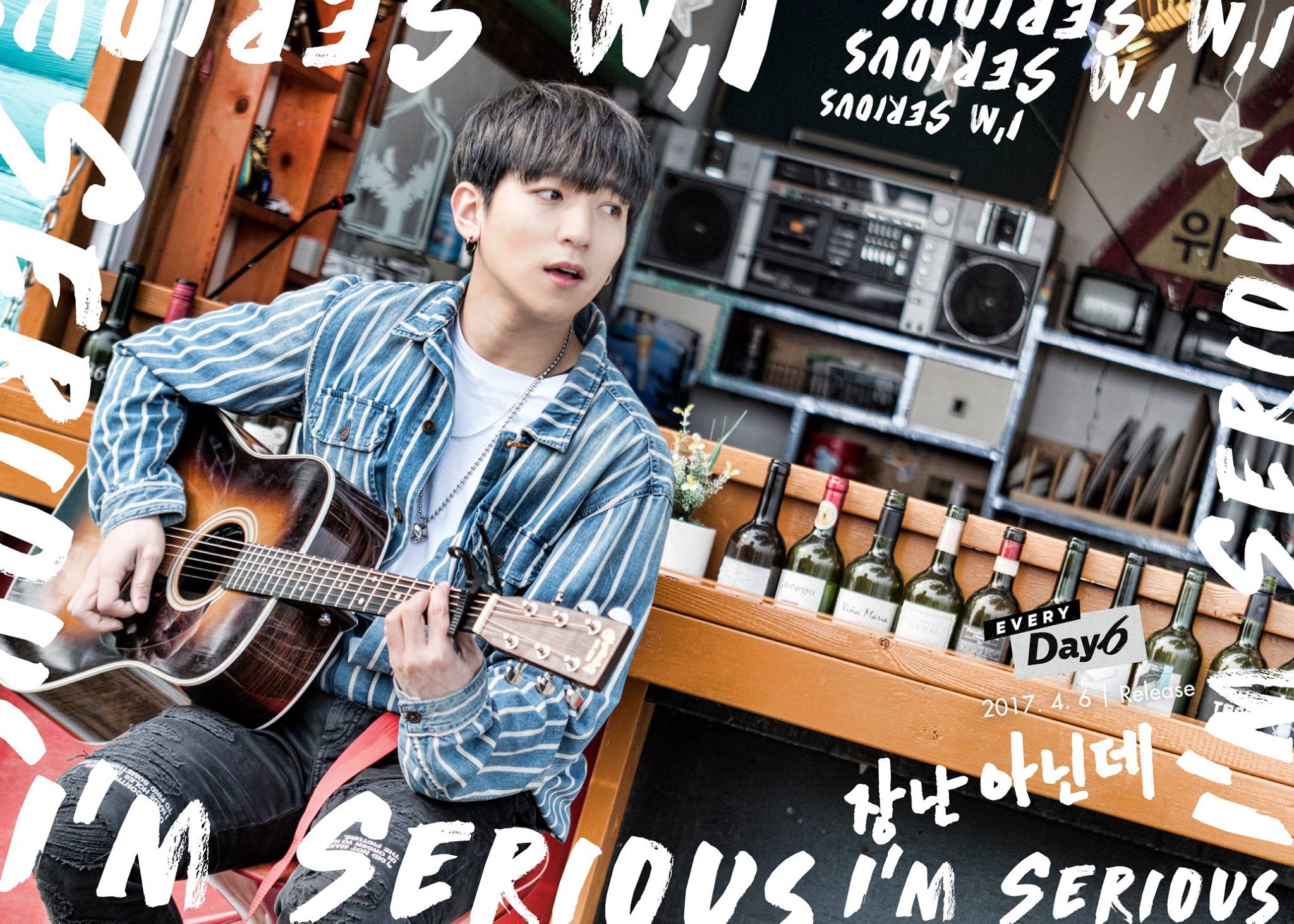 With April coming right around the corner, DAY6 has revealed their first teasers for their April release.

Sungjin is the first member to drop individual teaser photos. The teasers reveal that their next track is titled “I’m Serious” and will be unveiled on April 6. 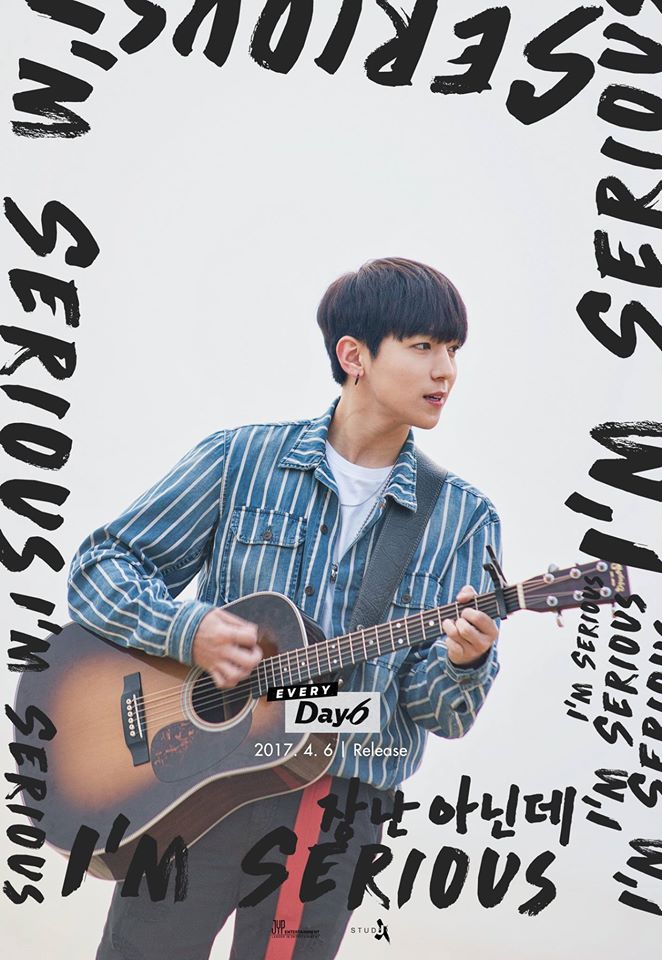 Previously, DAY6 dropped “I Wait” in January, “You Were Beautiful” in February, and “How Can I Say” in March as a part of their 2017 monthly track project “Every DAY6.”

Are you excited for their next release?