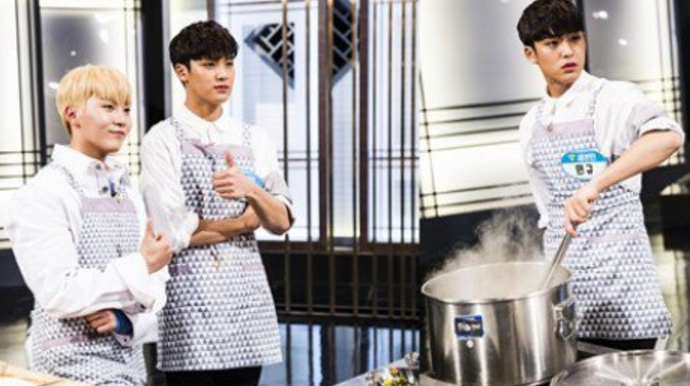 SEVENTEEN’s Mingyu is taking on a new challenge as a chef!

Mingyu recently participated in the recording of SBS’s “Baek Jong’s Three Great Emperors,” where he showcased his impressive cooking skills.

During the recording, Mingyu talks about cooking for his members, saying, “There are 13 members in our group, but I’m the one in charge of cooking so the members call me ‘Housewife Ming.’ Because we have a lot of members, when we cook ramen we use 20 packets.”

Upon hearing this, Lee Si Young asks, “Then can you make 20 servings of spicy mixed noodles?” Mingyu, however, does not back down and confidently says, “I will personally make them.” After taking on the challenge, Mingyu showcases his solid cooking abilities such as separating the egg yokes from the whites. As Kim Jun Hyuk watches him, he says, “His facial expressions are already at a master’s level.” 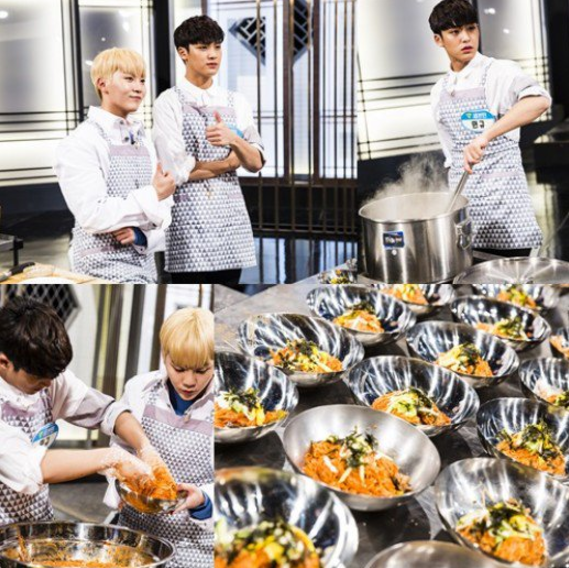 Mingyu also asks fellow member Seungkwan for help as they prepare the ingredients for spicy mixed noodles such as fried eggs, cucumber, seaweed, sea snails. In the end, they are able to cook 20 servings of the dish, and the entire production team is able to enjoy the food.

The production team acknowledges Mingyu’s cooking skills, saying, “This is the first time for us to be able to eat food in the middle of the show’s recording.”

SEVENTEEN
Mingyu
Seungkwan
How does this article make you feel?