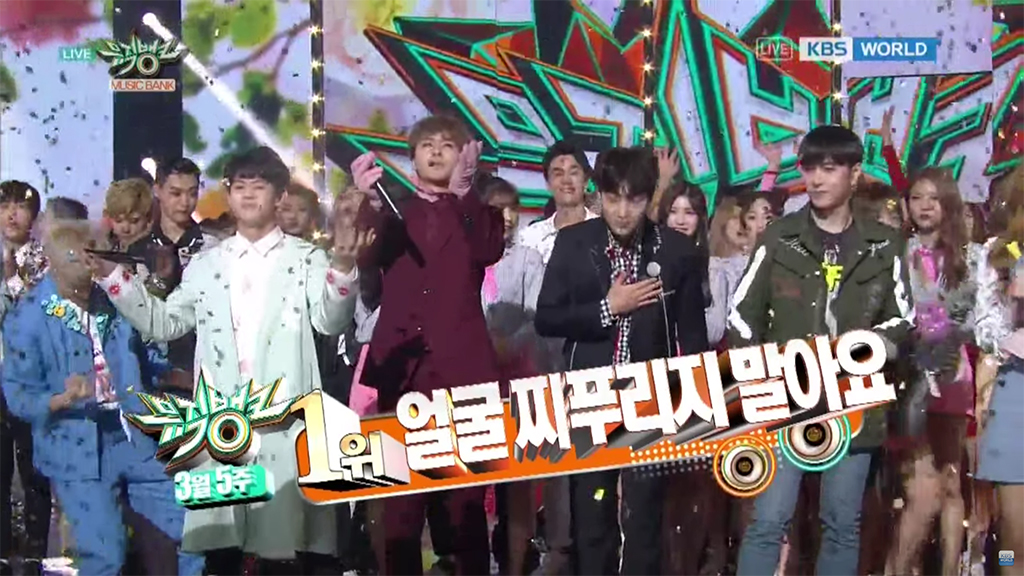 Watch: Highlight Takes 4th Win For “Plz Don’t Be Sad” On “Music Bank”; Performances By Girl’s Day, GOT7, And More

The March 31 episode of KBS2’s “Music Bank” had Highlight and TWICE as contenders for first place and Highlight won with 8,502 points!

Upon receiving the trophy, Yoon Doo Joon, Son Dongwoon, and Lee Gi Kwang said a few words of thanks to their fans, their families, and their company for their fourth win for “Plz don’t be sad.” At the beginning of their encore performance, the Highlight members got on their knees to bow deeply to “Music Bank” viewers and their fans before excitedly performing their title track.

Check out the win, encore, and performance below!

Peter Han – “Swing with the Swing”