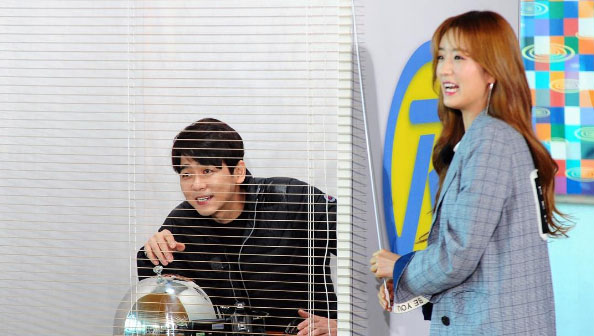 Veteran actor Choi Min Yong and Apink’s Bomi are about to show fans their competitive sides!

On March 31, the SBS variety program “Running Man” shared preview images of the upcoming April 2 episode on their official Instagram account. In the still, the two stars appear to be hard at work on a special mission and reacting to something going on off-screen.

Other images of the episode show the “Running Man” cast members shooting the opening scenes. While the stills themselves don’t give too much away, one shows Song Ji Hyo preparing to eat something, hinting at a possible food element to the day’s missions.

So exactly what are they up to? Find out exactly when the episode airs on April 2.

In the meantime, fans can get their “Running Man” fix by checking out the latest episode on Viki!