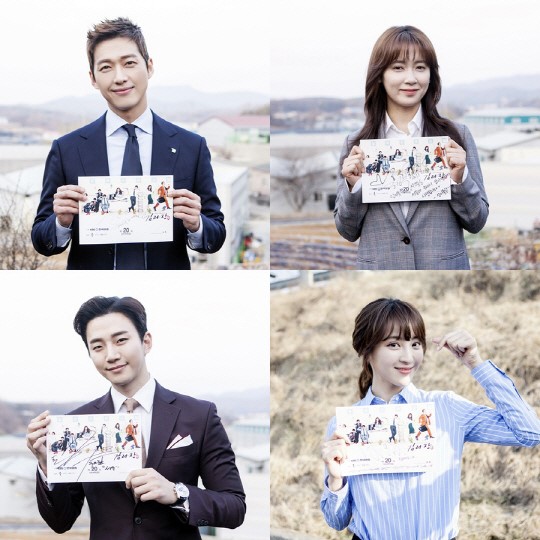 After “Chief Kim” wrapped up its final episode on March 30, the cast and crew gathered to express their thoughts on the drama’s close.

For sixteen episodes in a row, “Chief Kim” had taken the highest viewership ratings in its time slot. During the final filming, the entire cast wrote goodbye messages on their scripts and snapped commemorative photos.

Namgoong Min, who played the titular Kim Sung Ryong, wrote, “I’m very sad about leaving behind the character that I’d been inhabiting for so long. Thank you to all the actors, staff, and especially the viewers of ‘Chief Kim.'”

Nam Sang Mi, who played Yoon Ha Kyung, wrote, “Thank you for all the moments I will never forget. I love you!”

2PM’s Junho, who played Seo Yool, wrote, “It feels like the first filming was just yesterday but it’s already the end. I feel happy but regretful at the same time. Everyone worked hard and went through a lot during the filming but since we received a lot of love I think we had a good time.”

Jung Hye Sung, who played Hong Ga Eun, said, “I already feel empty knowing that I won’t be going into work every morning. Thank you for looking indulgently on the naive Ga Eun and cheering us on.” 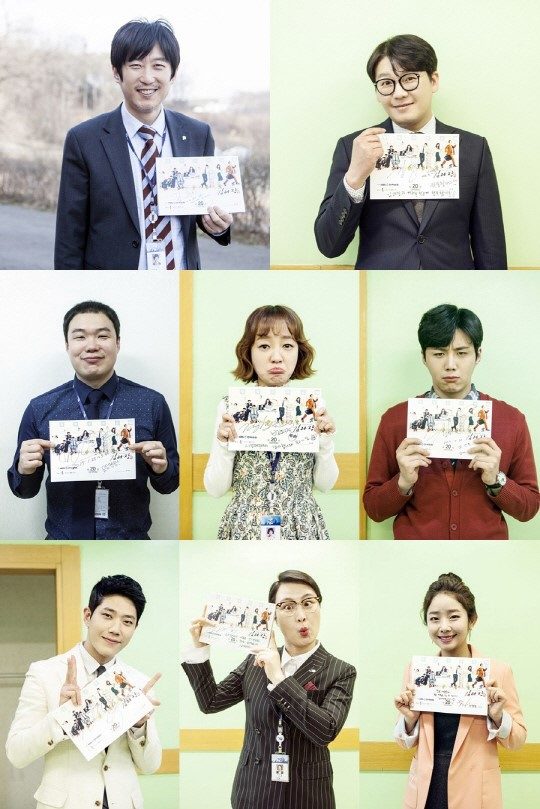 Kim Kang Hyun, who played Lee Jae Joon, wrote, “Thanks to ‘Chief Kim’ and everyone, I had a good time. I love you.” Jo Hyun Sik, who played Won Gi Ok, wrote, “2017.1.25~3.30. It was an honor!” Ryu Hye Rin, who played Bing Hee Jin, “Thank you for all the love!” Kim Jae Hwa, who played Na Hee Yong, wrote, “It was a lot of fun to play Na Hee Yong of the Ethics Management Office. Thank you.” Im Hwa Young, who played Oh Kwang Suk, wrote, “I was thankful to work with good people on a good production.”

Logos Film, the production company, stated, “We once again express deep gratitude to all the actors who worked on ‘Chief Kim’ with lots of passion and affection. The actors and production staff did their best to make a high-quality production. We hope the audience’s outpouring of love was because they recognized this work.”