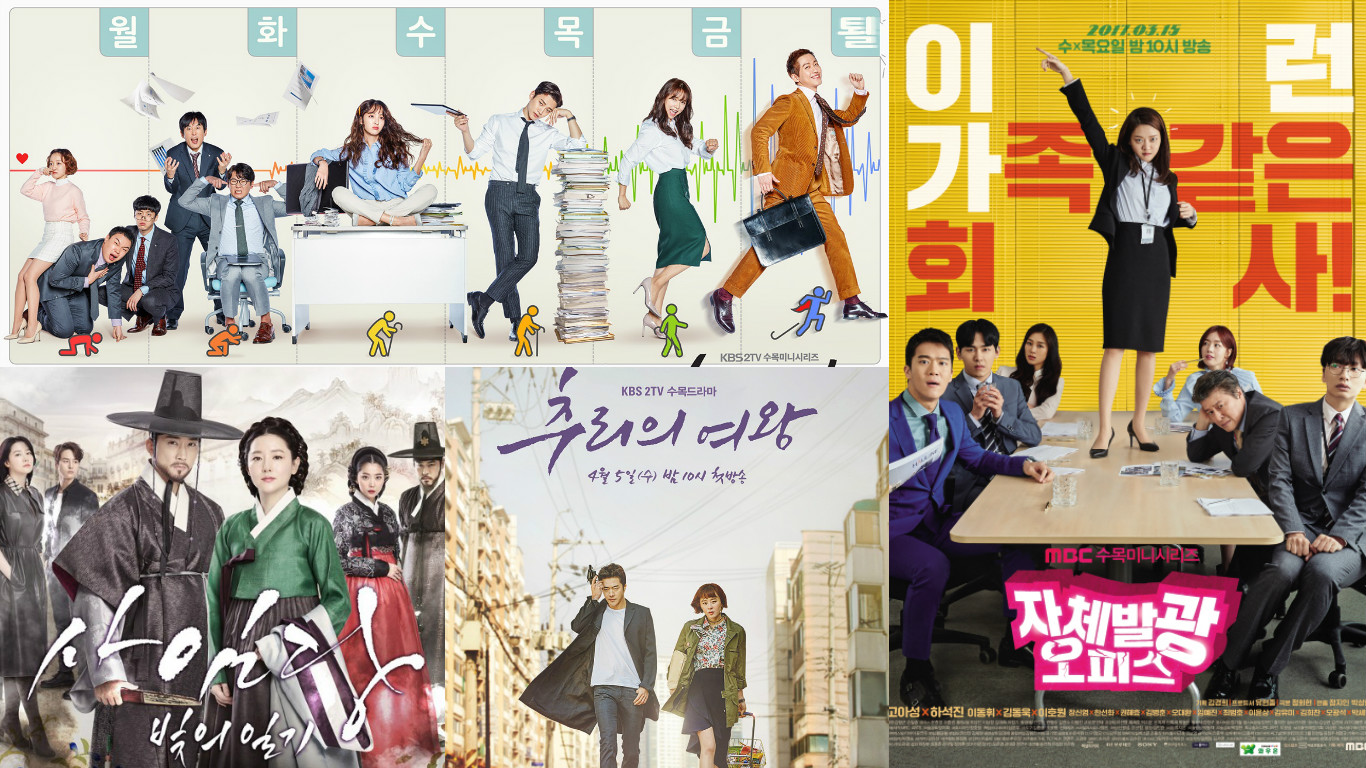 The Wednesday-Thursday drama time slot is going through a shakeup as KBS’s “Chief Kim” leaves and MBC’s “Radiant Office” is on a rise.

On March 30, “Radiant Office” recorded its highest nationwide ratings yet of 6.0 percent, which is 0.6 percent higher than the previous episode. The drama started at 3.8 percent in its first episode and has continuously been gaining a larger viewer audience through word of mouth.

Though the drama is still in third place in its time slot, it is gradually catching up to SBS’s “Saimdang, Light’s Diary” at 9.3 percent. In first place for the night was KBS’s highly popular drama “Chief Kim,” which ended its last episode with ratings of 17.2 percent.

“Chief Kim” is set to be followed by “Queen of Mystery,” which will be helmed by Kwon Sang Woo and Choi Kang Hee. It will be interesting to see if the new drama will be able to capture the hearts of viewers as “Chief Kim” did, or whether “Radiant Office” will work its way to the top of the time slot.

Will you be checking out KBS’s new drama or are you watching “Radiant Office” or “Saimdang, Light’s Diary” already?