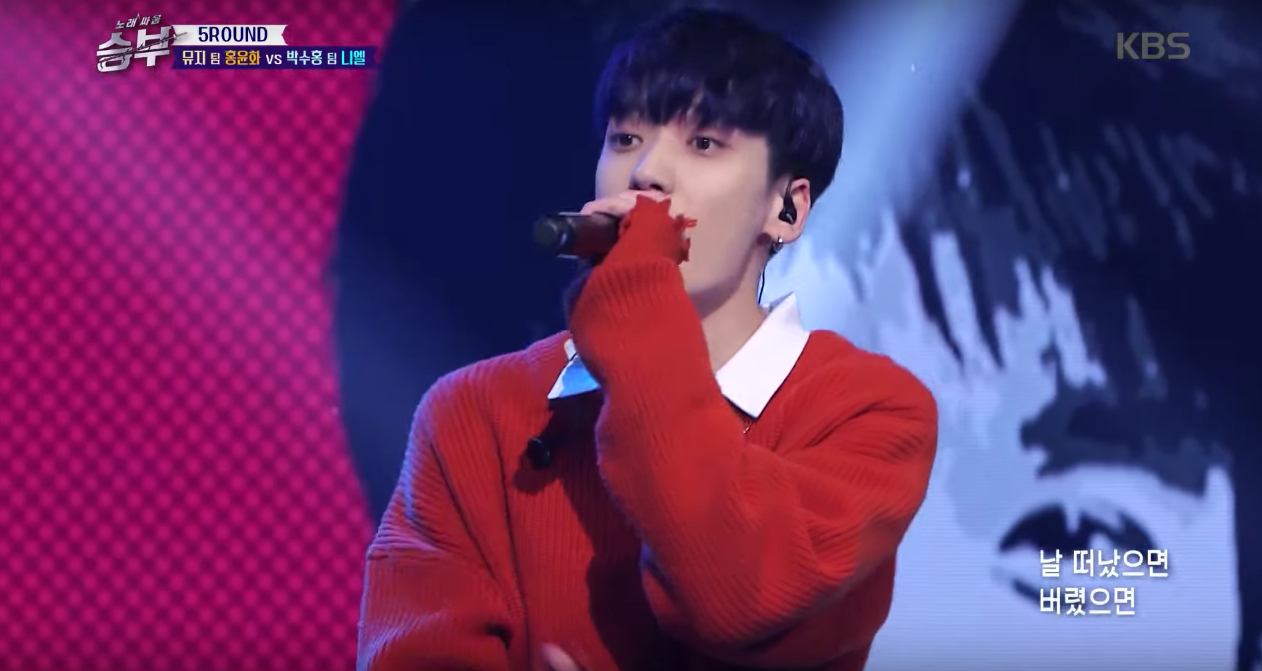 During this episode, Niel appeared as a “hidden card” singer for Park Soo Hong’s team and faced off against Hong Yoon Hwa from Muzie’s team. The two contestants showcased their talents with the song “The Place Where You Should Be” by legendary group g.o.d.

Hong Yoon Hwa started off strong with her overflowing energy and impressive dance skills, leaving her opponent visibly shocked. Niel then showed off his rap skills until Hong Yoon Hwa counterattacked with her comical antics, taking over the stage with her confident dancing.

When it was time for the judges to officially cast their votes, however, Hong Yoon Hwa started running out of energy and losing her breath. Niel, on the other hand, persevered with his strong vocals and ended up winning the battle.

After his victory, Niel commented, “It felt like I was facing the greatest crisis of my life.”

Check out their intense battle below!