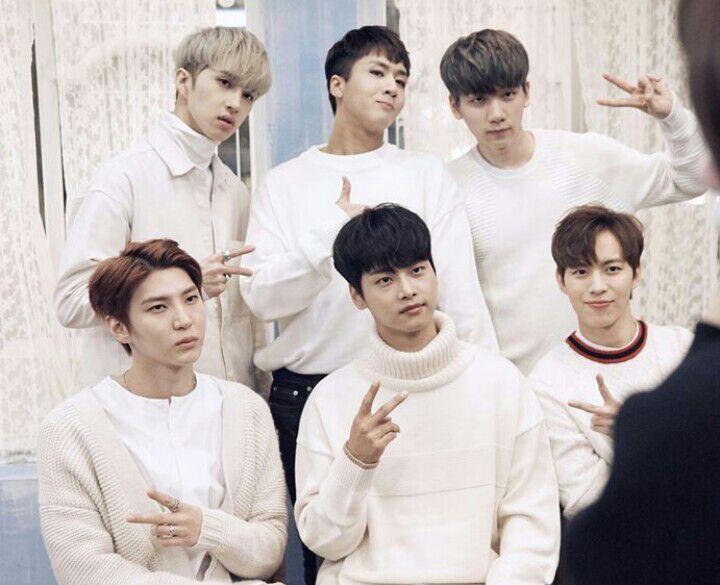 April Fools’ means that many find themselves following Twitter accounts they never expected to, especially when those accounts are associated with a group like VIXX.

The first reads, “Hello. This is a changing yet never-changing place where BIG talented people gather. This is BIGS Corporation, Ltd.’s official Twitter account. Thank you.” Of course, the second post followed up by amusingly announced the renewal of their Daum fan cafe, just for this new company.

To provide a bit more context for the name, BIGS and VIXX may be written differently in English, but are phonetically pronounced the same way in Korean, making the joke all the more hilarious.

VIXX’s April Fools’ Day prank didn’t stop there, as each of the members took to their own accounts to explain what their roles in the “corporation” are.

Leo started off by explaining that he is “BIPS’s Jung Taekwoon.” “The manager said I was in charge of the coffee vending machine but that doesn’t make me feel good,” he bluntly wrote.

Meanwhile, Ravi, as “Chief Kim,” took puns to the next level as he made a joke about how the best dishes are “Kim Won Dishes” (yes, the plate picture had a purpose) by using a play of words based off his real name, Kim Won Shik, and a Korean term for tableware, “shik gi.”

Hongbin and Ken couldn’t just leave their fellow member hanging, and commented, “Of course, our boss’s dishes are the best,” and “Good job Chief.”

Aside from their jokingly patronizing comments on Ravi’s tweet, Hongbin and Ken also “introduced” themselves.

As the deputy section chief, Hongbin is, apparently, currently in charge of running a side Chinese restaurant (aptly named “hong bin” according to his attached picture). On the other hand, Ken is in charge of “cooking KENtucky fried chicken, being the mood maker, and smelling things.”

By now, if it wasn’t obvious, VIXX has somehow transformed into the management team of a restaurant (hilariously named BIPS after the popular and widespread restaurant chain VIPS) run by the “BIGS Corporation, Ltd.”

N took it upon himself as “the deputy head” to throw in a huge discount of 90 percent for all those who signed up for a Starlight membership, “in honor of the opening of BIPS’s second Gyeonggi Province location.”

He hilariously added that he hopes everyone comes in while the event is running in order to receive their discount. N didn’t stop there, as he also followed up with properly stating their opening and closing hours, and introducing their restaurant’s menu.

If the list of “mixed spicy noodles (mulbibimmyun),” “fruit salad,” and “chocolate cookie ice flakes (bingsoo)” sound familiar, it’s because these are a list of “recipes” VIXX introduced way back in 2013 as a part of an event with Daum, which N kindly linked.

As for Hyuk, he may not have posted anything at the time of this article, but that isn’t to say he won’t in the next 24 hours.

Make sure to check out BIGS Corporation, Ltd.’s BIPS restaurant before it disappears forever on April 2 (aka Happy April Fools’ Day)!