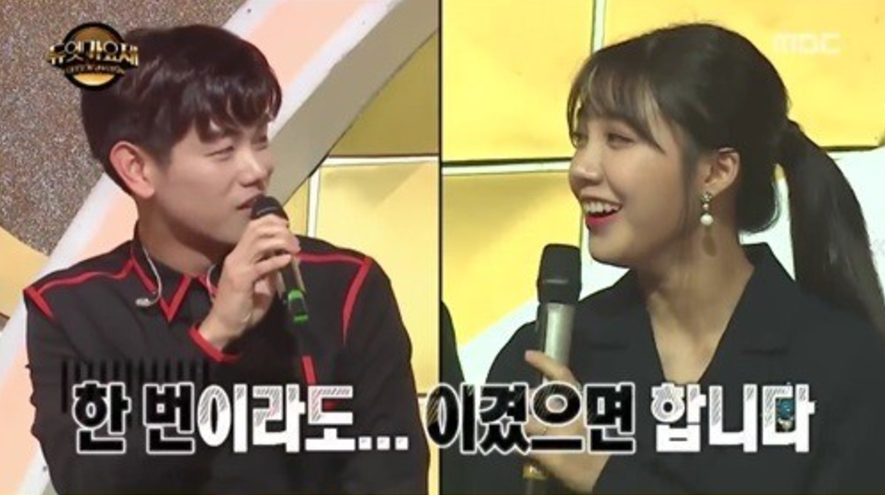 The two singers have been engaging in some friendly competition since last week’s broadcast. During the previous episode, Eric Nam declared, “I want to at least defeat Jung Eun Ji,” to which Jung Eun Ji countered, “I definitely want to win against him.”

It looks like competition was a bit fierce in the latest episode as well. Eric Nam stated once more, “I want to beat Jung Eun Ji at least once,” to which Jung Eun Ji responded, “It’s my goal again this week to overtake Eric Nam.” With both sides determined to win, the panel and audience looked forward to their performances.

This week, Jung Eun Ji and her partner showcased their powerful vocals with the song “Forsake” by Big Mama. Adding up their scores from last week and this week, the two garnered a total of 882 votes from the audience. 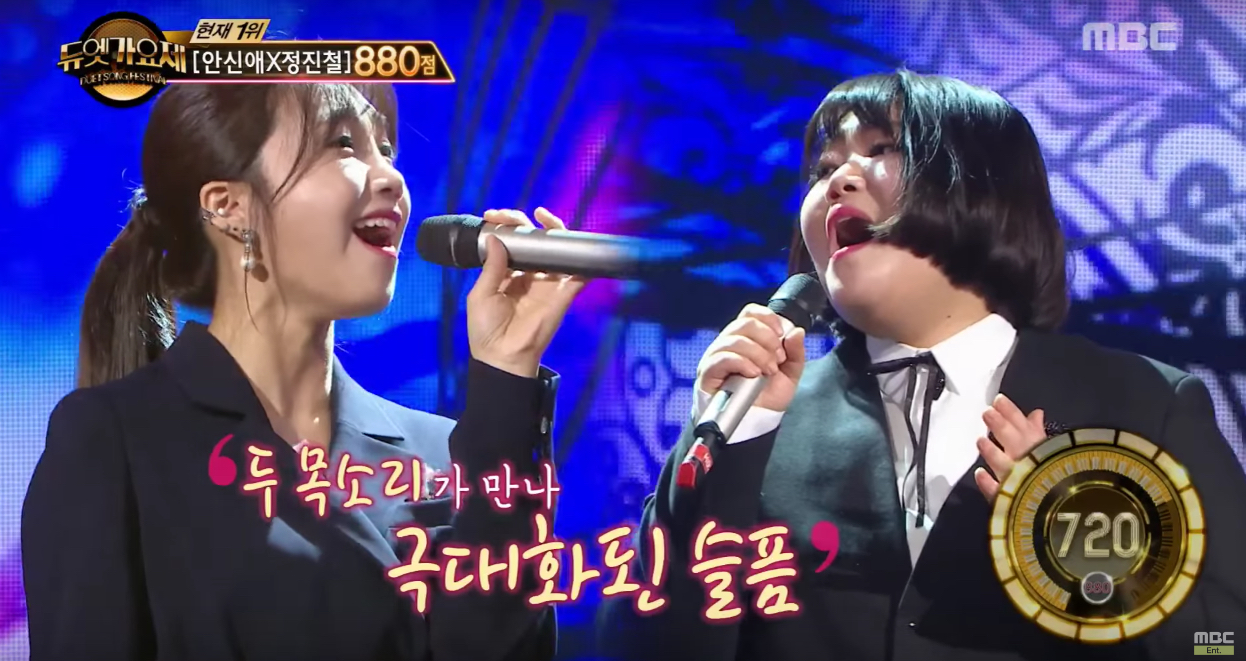 After watching their powerful performance, veteran singer Park Wan Kyu praised them, saying, “I don’t know many girl group members, but I do know Jung Eun Ji. I watched her drama, too. She’s good at expressing her emotions whether it’s through singing or acting.”

Up next was Eric Nam and his partner, who covered the song “Sometimes” by Crush. Although they delivered an impressive performance as well, they received a total of 838 points and were unable to beat Jung Eun Ji’s score. 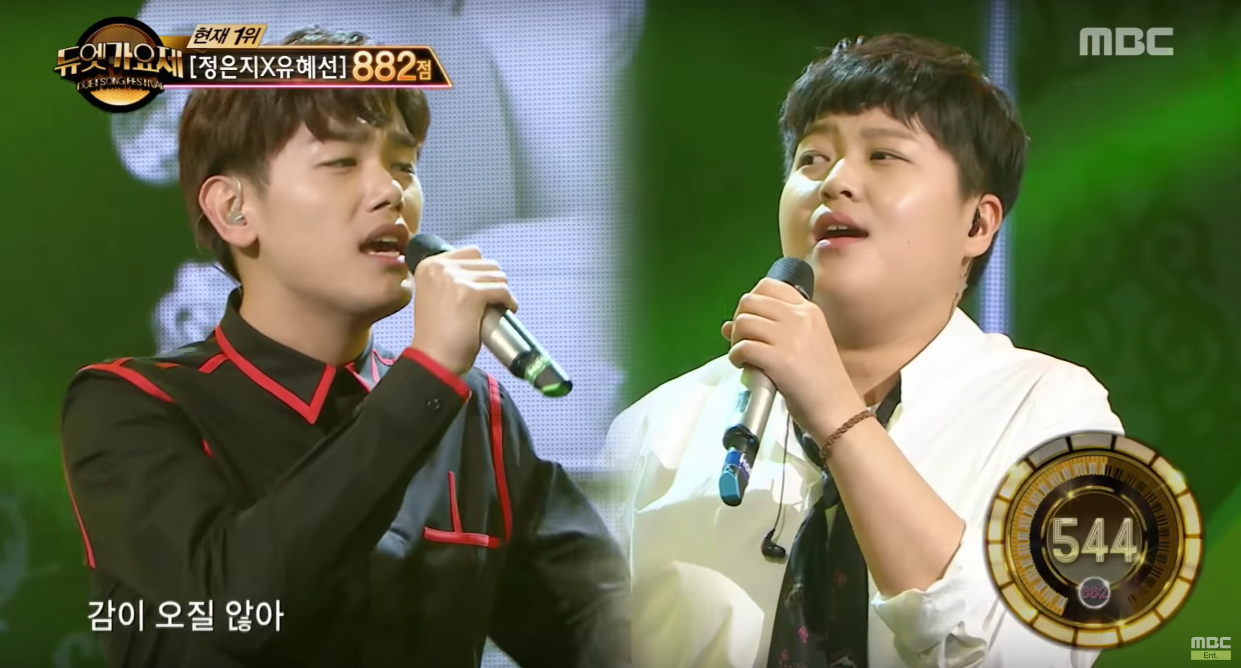 With the highest score among all the contestants, Jung Eun Ji and her partner took home the crown this week.

Watch the episode starting with Jung Eun Ji’s performance below!