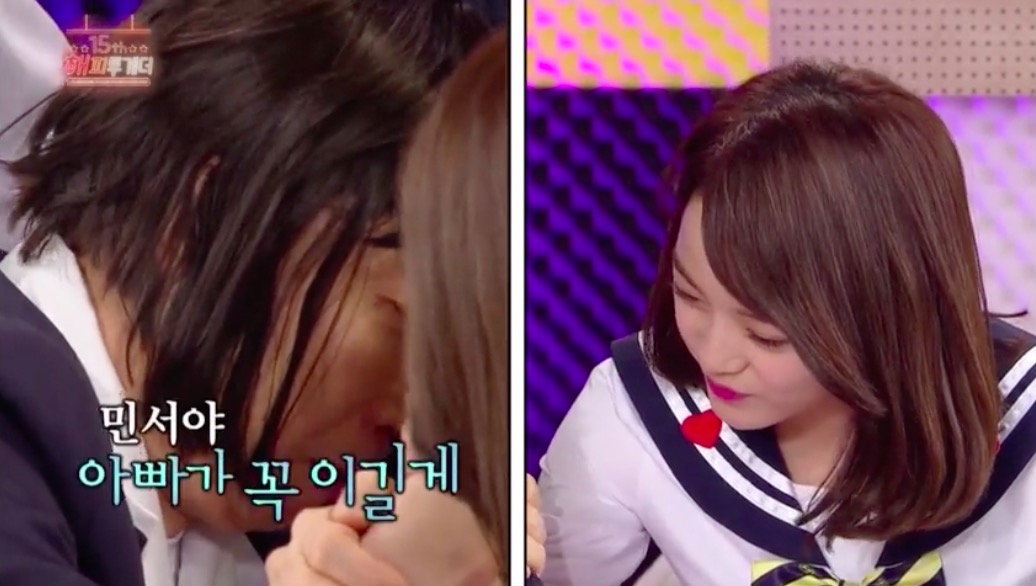 During the show, Kim Sejeong confessed, “My nickname used to be ‘red horse’ when I was in school. I used to race other boys or show off how physically strong I was, so I got that nickname.”

Yura then piped in, “Hyeri’s nickname is ‘Hyericules’! You guys should arm wrestle.”

Hyeri seemed confident at first, saying, “I arm wrestled all the female staff on the set of my drama, and I won against all of them.” However, against Kim Sejeong, she lost right away.

Kim Sejeong then easily overtook Hani and moved on to Park Myung Soo. He also tried his best, but ended up losing against Kim Sejeong. Jun Hyun Moo was the next to challenge her; however, he was much too serious as he arm wrestled her. In the end, he received reproach from Yoo Jae Suk, who said, “You’re pathetic! She just arm wrestled three other people before you.”

Watch the hilarious episode below!