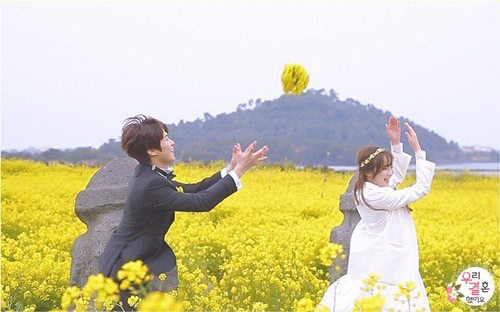 It was reported earlier that Jung Hye Sung and Gong Myung would be setting off to Jeju Island and viewers now know why through new stills from MBC’s “We Got Married.”

The stills show Gong Myung and Jung Hye Sung holding a wedding ceremony in a field of flowers on Jeju Island.

The two even wrote their own marriage declarations and read them aloud to each other. Afterwards, the two hug and remain in each other’s arms, displaying their sweet affection for one another. 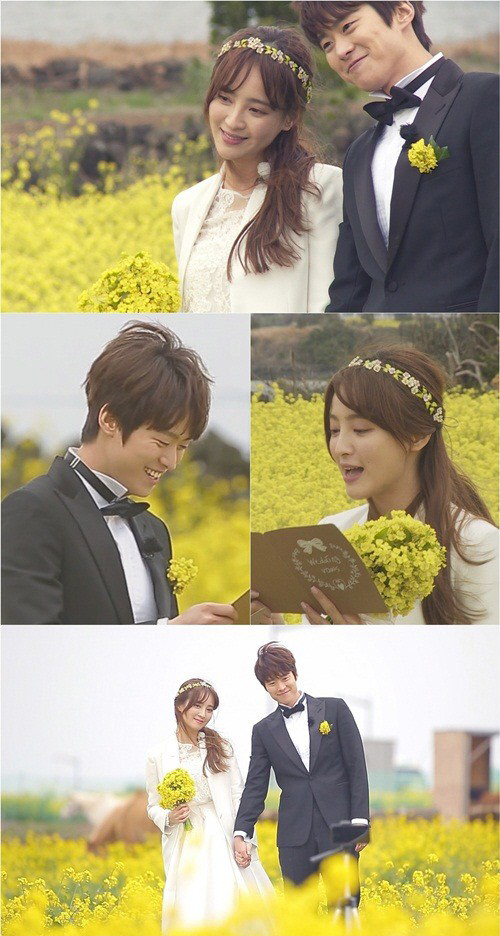 In his interview, Gong Myung says, “She was so beautiful when she showed up wearing a white dress,” expressing his honest emotions towards his wife. The episode with their beautiful wedding will air on April 1 at 4:55 p.m. KST.

Previously, Gong Myung and Jung Hye Sung got even closer through Taekwondo. Watch the latest episode of “We Got Married” below on Viki!