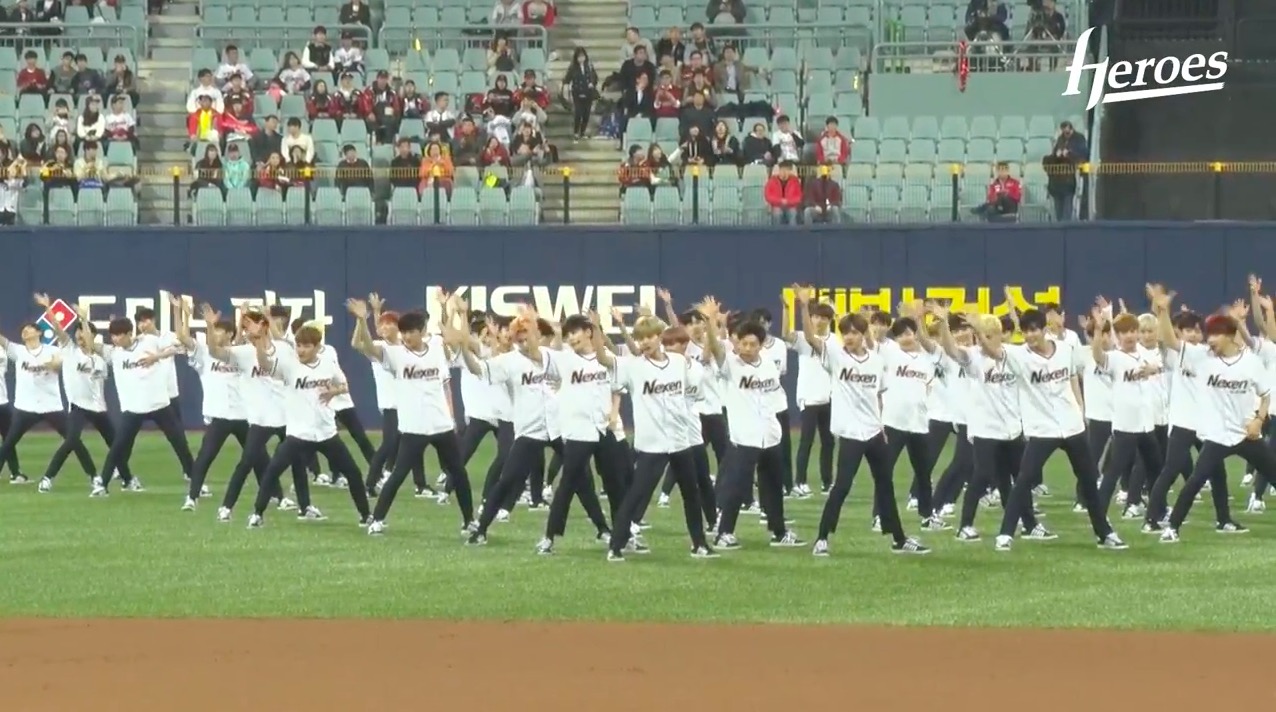 Fans have been given another look at the contestants of “Produce 101 Season 2” ahead of the show’s premiere!

On March 31, the Mnet competition show’s contestants took to the field at the Gocheok Sky Dome ahead of a baseball game between the LG Twins and the Nexen Heroes. They first ran onto the field to quickly take formation and perform their theme song “Pick Me,” and going by their cheers, the crowd was clearly impressed!

Brand New Music’s contestant Lee Dae Hwi then got the chance to throw the ceremonial first pitch, with Brave Entertainment’s Samuel at bat.

Watch Lee Dae Hwi and Samuel practicing, the contestants performing, and the first pitch below!

A fan-taken video also shows more of their performance.

“Produce 101 Season 2” will be premiering on April 7 at 11 p.m. KST on Mnet, with a special countdown episode airing earlier that day. The show aims to create a new temporary boy group (as its first season created the popular temporary girl group I.O.I), and will feature 98 contestants after three have withdrawn from the competition.