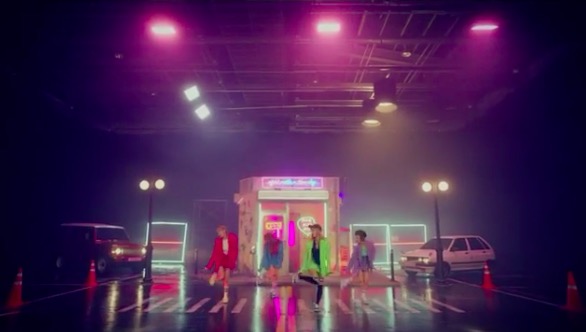 Watch: EXID’s Hani Teases Fans With A Video Spoiler Of Their Upcoming Comeback

On April 2, EXID’s Hani posted a short spoiler video ahead of their upcoming comeback.

Earlier, EXID had announced that they would show a fun, bright, and unique side to themselves in their new song.

Hani then teased her fans with a short clip from their upcoming music video on her Instagram. She added the caption, “Huh? EXID’s concept this time is ‘fun and bright’? What… What is that? What is EXID’s unique bright side?? For the Leggos who are thinking this, I will give you a one day spoiler �de42 #HardestPart #SoCalledBalladGroup #IfYouLookClosely #We’reAllDoingDifferentThings… #DifferentColors #SoUnique #Heh”

Meanwhile, EXID will be making their comeback on April 10.