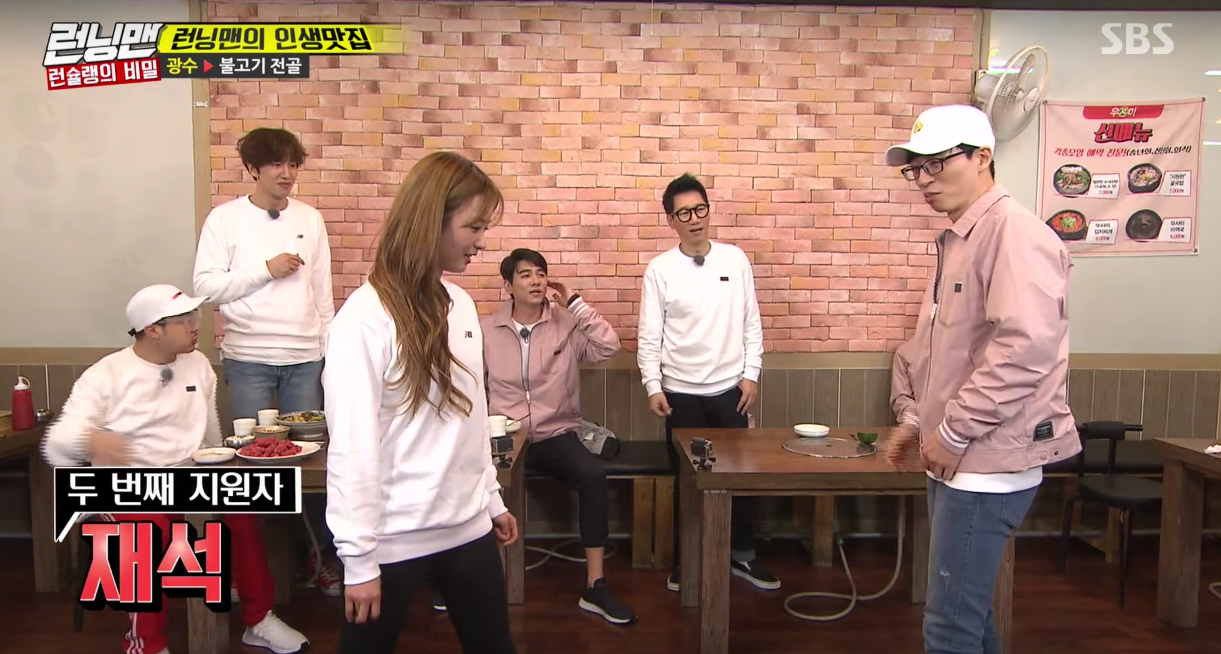 Apink’s Bomi Slays With Her Taekwondo Skills On “Running Man”

During the show, the cast members split up into two teams and played a game where they had to identify food from looking at pictures. In order to make a guess, the player had to create a human buzzer by making his or her opponent let out a sound.

When it was Bomi and Ji Suk Jin’s turn to compete against each other, Bomi delivered a low kick to his butt and successfully got him to let out a sound. She correctly guessed the answer and ended up winning the game. 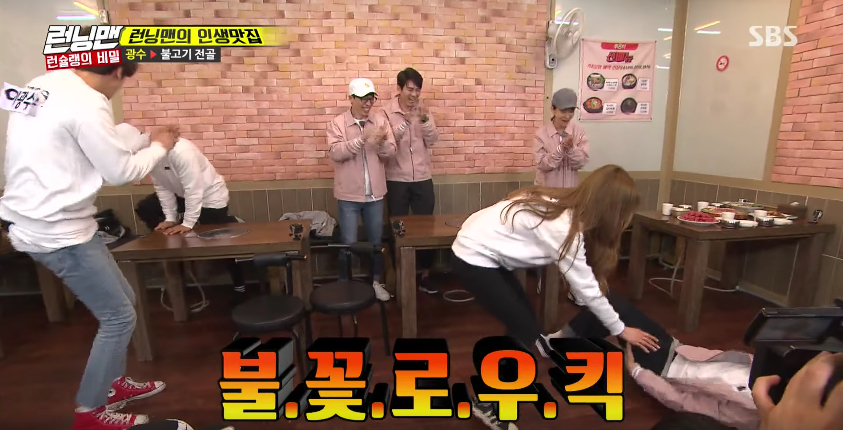 As Bomi’s team feasted on their prize, the members of the opponent team were told they were allowed to win a bite if they agreed to receive a low kick from Bomi. Yoo Jae Suk then stepped up to volunteer. He grew nervous as Bomi settled into her stance. After she successfully delivered a low kick, Yoo Jae Suk had to lay down in order to alleviate the pain. 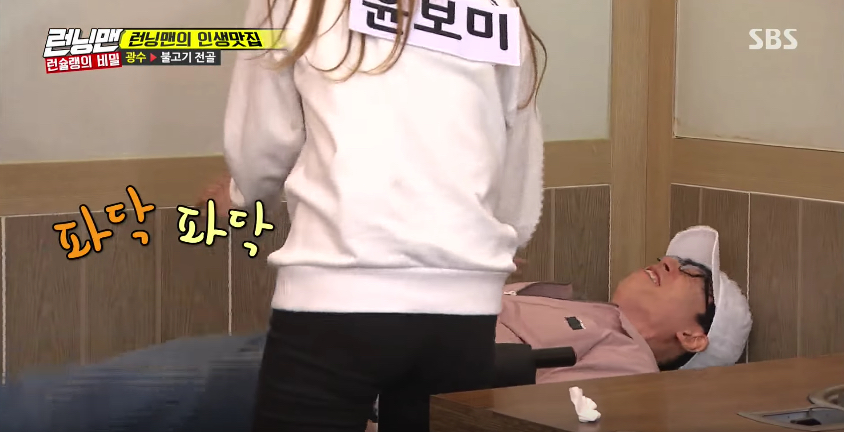