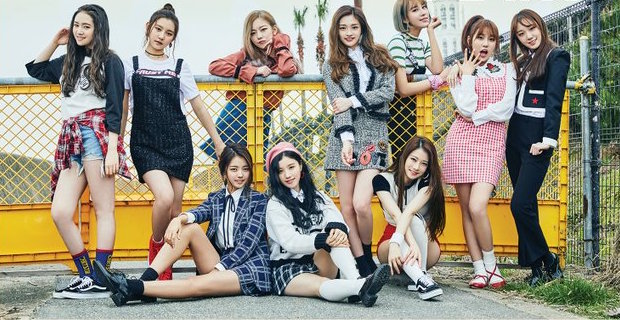 PRISTIN Explains Why They Are A Group With No Fixed Positions

Pledis Entertainment’s latest girl group, PRISTIN, made their debut on March 21 with the mini-album “Hi! Pristin.”

In a recent interview they talked about their debut, what kind of group they aimed to be, and about their lives outside of the group.

Two weeks into their debut, Sungyeon said, “Honestly, it’s still hard to believe I am a singer. I thought it would feel more real after performing on music shows, but it still feels like a dream. I still spend a lot of time in the practice room.”

Eunwoo, on the other hand, said, “I realized that I really debuted when I was on my way to the music show. I was able to meet our fans that way.”

Rena added, “Our training period was long so we could try a lot of different things. Rather than being naturally talented, it’s the result of hard work.”

The youngest members of PRISTIN still juggle schoolwork and their newfound career. Kyla said, “I go to school online. I’m able to follow the U.S. curriculum and I’m studying well.”

Sungyeon said, “I’m going to an international school. I’ve almost completed all my schoolwork so I can graduate early. I am graduating in May so I hope everything will go well.”

Yehana said, “I attend the School of Performing Arts Seoul with Xiyeon. I’m in the third year and she’s in the second year. If we don’t have work, we go to school together. Our friends cheer us on and it’s fun to meet up with them so I like going to school.”

Xiyeon added, “After I debuted, my friends would joke around and say, ‘Ooh, it’s a celebrity.’ One of them thought I had already debuted as Pledis Girlz so I realized I have to work harder to promote the name PRISTIN.”