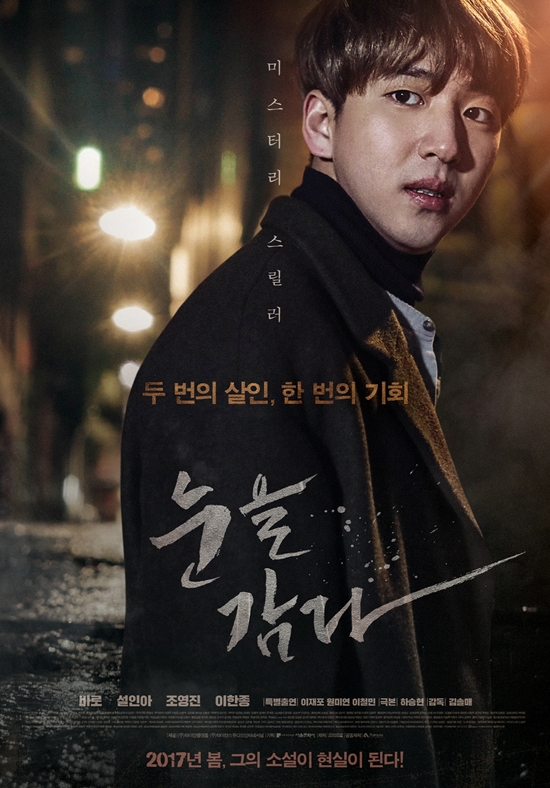 The main poster for the upcoming web thriller “Closed Eyes (literal title)” has been released!

The poster, which was first revealed on April 3, features B1A4’s Baro in character as Kim Hyun Woo in what appears to be a rather ominous alleyway. The accompanying caption reads, “Two murders, one chance.”

In the film, which is based on a webtoon of the same name, Baro’s Hyun Woo is a blind man trying to uncover the identity of a serial killer. Seol In Ah (“Strong Woman Do Bong Soon“), Jo Young Jin (“Voice“), and Lee Han Jong (“Northern Limit Line”) round out the leading cast.

The thriller will be available exclusively online and is scheduled for release this spring.

B1A4
Baro
How does this article make you feel?