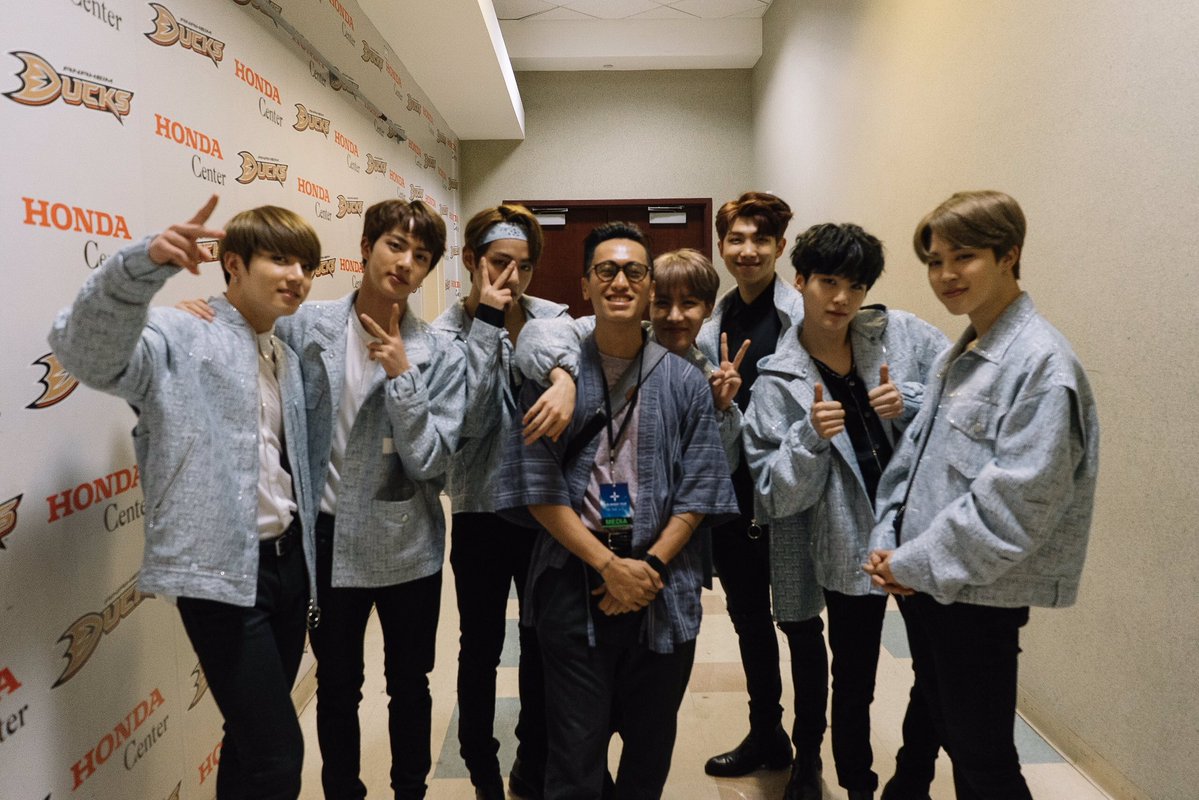 Keone Madrid, the choreographer behind many of BTS’s hit tracks, has finally had the chance to see the guys perform!

On April 3 (local time), Keone Madrid shared photos on Twitter with BTS from when he attended their “WINGS” concert on April 1 in Anaheim, California. He wrote as the caption, “Finally! A few years choreographing for these guys and I haven’t seen them perform it in person. Thanks for having us @BTS_twt!”

Finally! A few years choreographing for these guys and I haven’t seen them perform it in person. Thanks for having us @BTS_twt! #BTSWings pic.twitter.com/j9nqCTa0Y5

He also posted the photos as well as a touching video to his Instagram, in which the guys are thrilled to get to say hello to him and his wife.

Finally! A few years choreographing for these guys and I haven’t seen them perform it in person. Thanks for having us at the concert a couple nights ago @bts.bighitofficial! #BTS #BTSWings #kpop (Swipe for more) cc: @marrrrriel @cassdsong

Keone Madrid is an American choreographer who has created the choreography for BTS’s songs “Dope,” “Fire,” and “Not Today,” as well as “Blood, Sweat & Tears” along with the Quick Style Crew. His many other works include a dance for Justin Bieber’s “Love Yourself” MV, which he both choreographed and performed along with his wife, fellow choreographer Mari Madrid.

He previously explained the process of conveying his choreography to BTS when sharing a rehearsal video for “Fire” on Instagram. He stated, “I’ll create it with my dancers, get it on film, then send it over to production for them to learn it. It’s not easy learning through video, especially this one specifically being difficult. So I’m always very impressed with how well BTS gets it.”

Although the guys don’t get to work directly with Keone Madrid when learning the choreography, Jimin, J-Hope, and Jungkook previously had the chance to meet both Keone and Mari Madrid back in 2013 when they took part in their dance workshop.

Hoping for more great work from this killer team of Keone Madrid and BTS in the future!

BTS
Keone Madrid
How does this article make you feel?