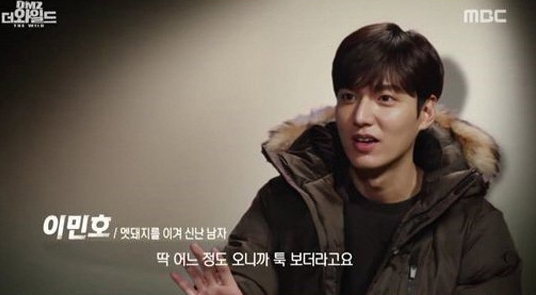 On April 3, MBC aired a special documentary titled “DMZ The Wild” for which Lee Min Ho not only provided the narration, but also took an active part in filming. 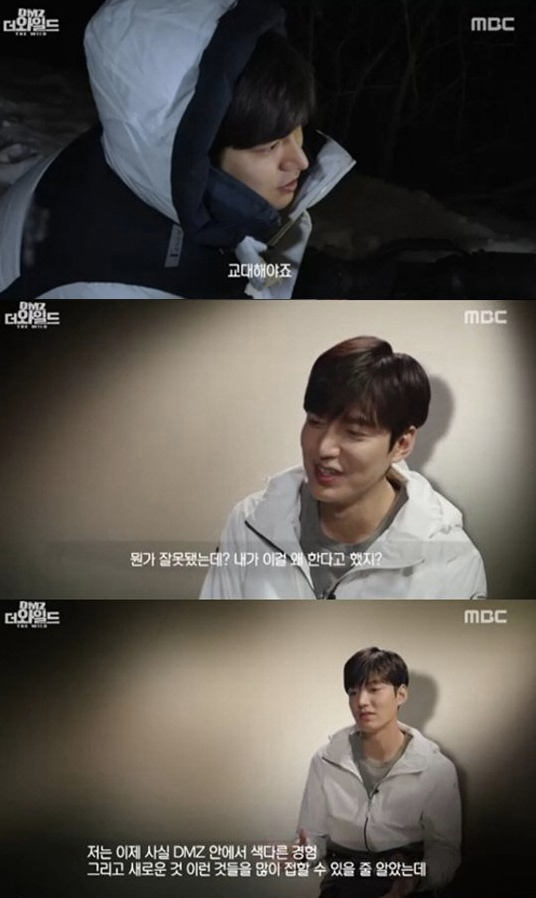 Lee Min Ho had a rough time at the DMZ. He explained, “The first thought that came to my mind was, ‘Why did I agree to do this?’ Something is not right,” and added, “I thought I would be able to come across new things at the DMZ, but what I came across were mines.”

On one occasion, he had to stay up all night to take pictures of mountain goats while the weather was at a freezing temperature of minus 20 degrees celsius. Another time, he walked up and down a steep mountain path that turned out to be a whole kilometer high. He narrated, “Our soldiers climb up and down this place several times a day,” and at the site, he groaned, “My thighs are burning.” He then continued to narrate, “DMZ is the worst filming site in Korea. I think I’ve climbed enough mountains to last a lifetime during the past year.” 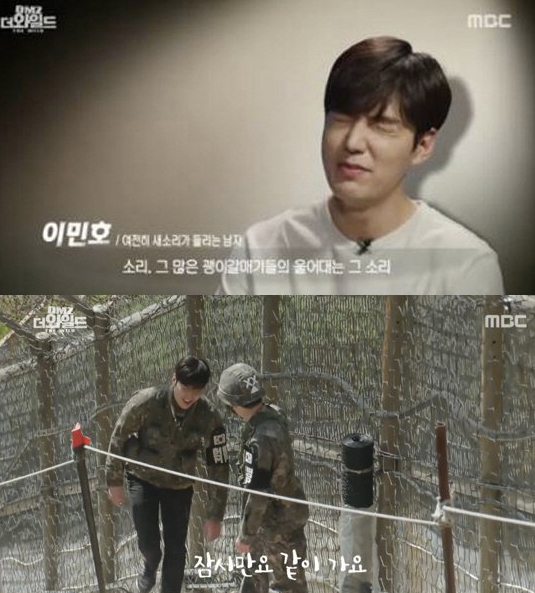 In the beginning, Lee Min Ho was excited. “For about five minutes, I was running around because everything was so new. But after getting to know the place, it got really tiring.” Showing his curiosity, he investigated the biggest predators of the DMZ, boars, examined the carcass of an elk, and touched a snake.

At the end of the documentary, he revealed the insight he had gained through his experience at the DMZ. He stated, “There is a place like this a few hours away from Seoul. Even though I’m Korean, I didn’t know much about this place. We are still at war.” 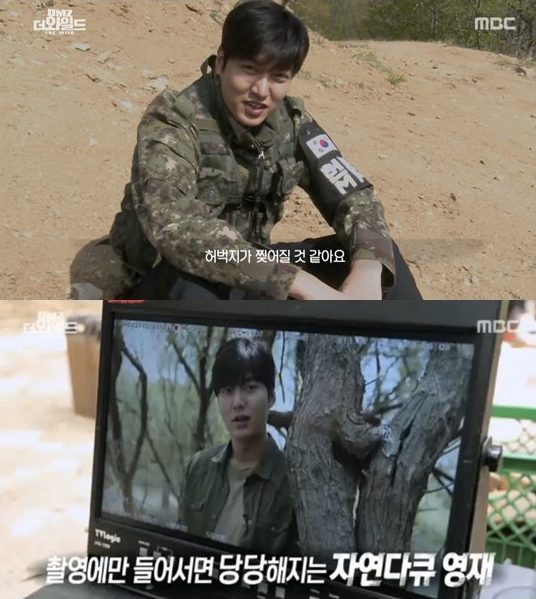 It was revealed that Lee Min Ho decided to participate in this documentary in order to do something meaningful before his impending military enlistment. He and the documentary’s staff spent a total of 700 days at the DMZ.

Kudos to Lee Min Ho for making it through such difficult conditions for almost two years!

Lee Min Ho
DMZ The Wild
How does this article make you feel?