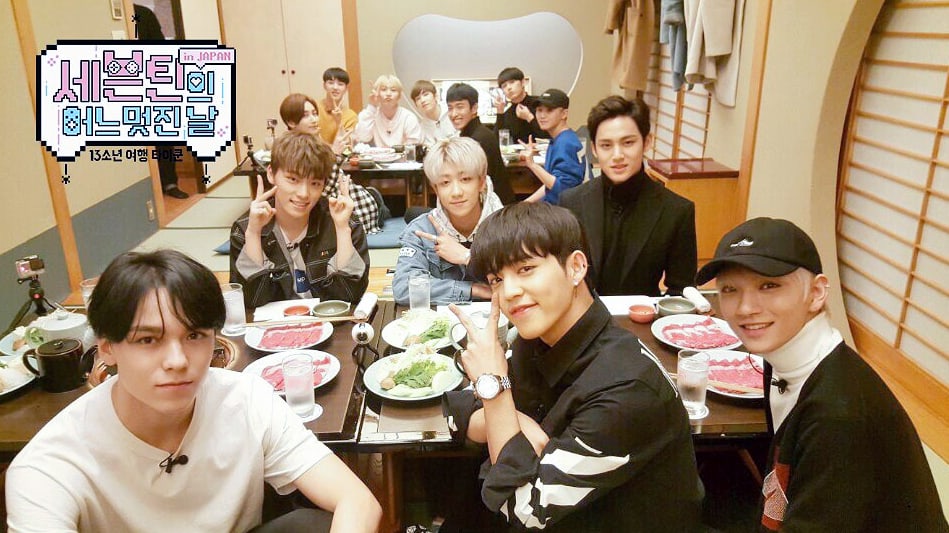 Watch: SEVENTEEN Begins Face-Off Between Older And Younger Members For “One Fine Day”

MBC every1 has released a new preview ahead of the second episode of “SEVENTEEN’s One Fine Day in Japan,” in which the group begins the battle between the hyung (older) and dongsaeng (younger) teams.

The members are given a mission in which they must bring 5 trademark dishes of Akita to a designated location by 4:30 p.m and are only given one chance to hear the names of the Japanese dishes they need to obtain.

The members of the hyung team are initially dumbfounded because they can’t remember the names of the dishes after hearing them; however, the leader of their team, Jeonghan, reassures them by saying that he actually recorded the audio in secret while they were listening.

On the other hand, the members of the dongsaeng team pleadingly ask to hear the audio one more time and even offer to have Seungkwan sing on the spot in order to have another opportunity.

Meanwhile, it was reported earlier this week that SEVENTEEN would be making a spring comeback and that the group would be traveling to the United States in preparation for their comeback.

“SEVENTEEN’s One Fine Day in Japan” airs on Fridays at 7 p.m. KST on MBC every1 and MBC Music.

Watch the preview video below!